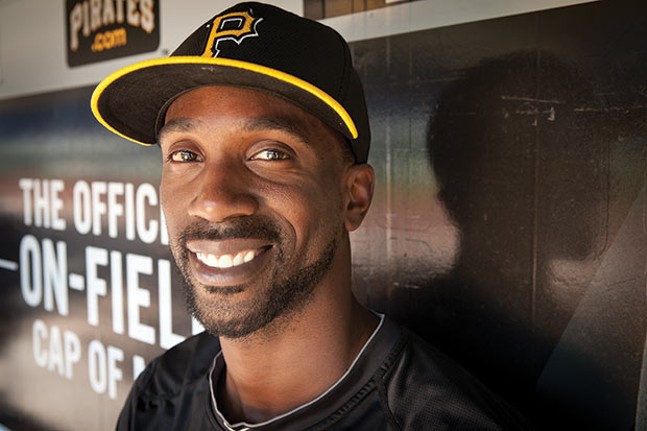 CP file photo
Will Andrew McCutchen find success after leaving Pittsburgh like so many before him?

With the trade of Andrew McCutchen to San Francisco and Gerrit Cole to Houston, the Pirates have officially re-entered the bad old days.

You know, those seasons when the team sucked, had little hope of making the postseason and all the players you loved — the ones who kept you coming to the ballpark despite the team’s horrid performance — were traded away or allowed to leave in free agency. Already, McCutchen and Cole are gone, and it’s hard to imagine guys like Josh Harrison and Francisco Cervelli surviving the season in Pittsburgh if the Bucs get into full “rebuilding” mode.

But it’s not all bad news. At least not for the players who were shipped out. Here’s a look at five players that found greener pastures after they were escorted out of the ’Burgh.

The Pittsburgh native is a beloved hometown boy who made a bit of a splash when he entered the majors in 1991. Unlike others on this list, Wehner was never a superstar. He was, however, a dependable utility player and crowd-favorite. After the 1996 season, Wehner was placed on waivers by the Pirates. In 1997, he was acquired by the Florida Marlins helmed by his former coach, Jim Leyland. Nothing much happened after that. Well, except, for the Marlins winning the World Series. Wehner returned to the Pirates two seasons later, and his ring was the closest most in the organization at that time would get to any World Series’ trinkets.

This one just hurts. “Joey Bats” played for the Pirates between 2004 and 2008. He was traded to the Toronto Blue Jays in 2008 and, by 2010, he’d become a monster: a murderer of baseballs. Bautista had 54 homers that year and 124 RBI. After that, he’s become a six-time All-Star, a frequent MVP top-10 vote getter, and has won three silver-slugger awards (given to the best player at each position).

Unlike Bautista, where maybe the Pirates didn’t see the potential, Ramirez had already posted a season hitting 34 homers and 112 RBI. He was basically given away to the Chicago Cubs in a 2003 trade. He went on to hit more than 30 home runs in each of the next three seasons. He made two All-Star games, was consistently in the MVP discussion and won a silver slugger. The Pirates did bring him back in 2015; he retired at the end of the season.

This right-hander showed a lot of promise with Pittsburgh between 1996 and 2001. Which is why it made perfect sense when he was traded to San Francisco during the 2001 season. Schmidt’s ERA plummeted, and he began winning a lot of games. He nearly won the Cy Young Award in 2003 and placed fourth in that race the following year. He was also a three-time All-Star. On a side note, the Pirates got pitcher Ryan Vogelsong in that trade. Vogelsong didn’t work out, but after stints in Japan and Philadelphia, he rejoined the Giants and won two World Series with the team.

Second baseman Freddy Sanchez didn’t do much for the Pirates during his time there. (Please note: This is more sarcasm). Actually, Sanchez made three All-Star teams, was in the top 20 in MVP voting once, and won the National League batting title in 2006. He was traded to San Francisco in the middle of the 2009 season and, in 2010, he was part of a Giants team that won their first World Series since 1954. When the final out came, TV cameras caught a jubilant Sanchez, who was playing second base, toss his glove and yell, “We won the World Series!” Here’s hoping Cutch has the same experience in the ballpark by the bay.