After this victory, I find it hard to keep them out of the conversation 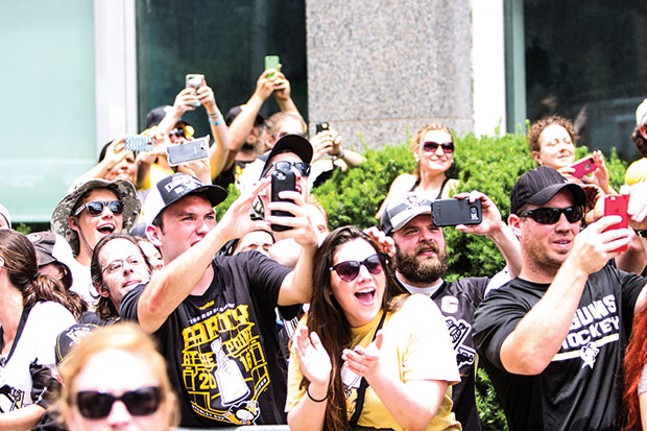 For a hockey fan in a hockey city, the sport seems bigger than all others. In some cities, they feel the same way about the NBA as Pittsburgh fans feel about the NHL.

While the sport is popular across the country, in a hockey city it can feel just as big as the NFL, MLB and the NBA. And that sort of reaction is not uncommon. In places like Alabama and North Carolina, fans probably feel like NASCAR is bigger than those other four sports combined. When you talk about the greatest franchises in sports history, people tend to skew their picks toward the sport they like.

There are some franchises, however, that cross all spectrums. These are teams that at some point were so good and so accomplished that they breached the sometimes-closed minds of fans of other sports.

With their fifth Stanley Cup win on June 11, I think the Pittsburgh Penguins reached that level. Many will argue, as sports fans are wont to do, that the Penguins do not belong in the same conversation as teams like the Steelers, the Cowboys, the Yankees, the Bulls, the Lakers, and Dale Earnhardt and crew. But after this victory, I find it hard to keep the Pens out of the conversation.

The Penguins are the first hockey team to win back-to-back championships since 1998.

This is their third cup in eight years. Since 1991, they’ve won five cups. Let’s compare those numbers with other teams considered to be the best across all sports.

Between 1974 and 1980, the Steelers won four Super Bowls. The New England Patriots have won five Super Bowls, including three in four years, since 2002. Of the Lakers’ 16 NBA championships, they won five between 1949 and 1954; five in the 1980s, and five between 2000-2010. The Boston Celtics won 11 championships in 13 seasons during the Red Auerbach/Bill Russell era. The Penguins haven’t won as many championships overall as teams like the Lakers, Bulls and Yankees, but their performance since 1991, and specifically since 1989, is just as noteworthy. 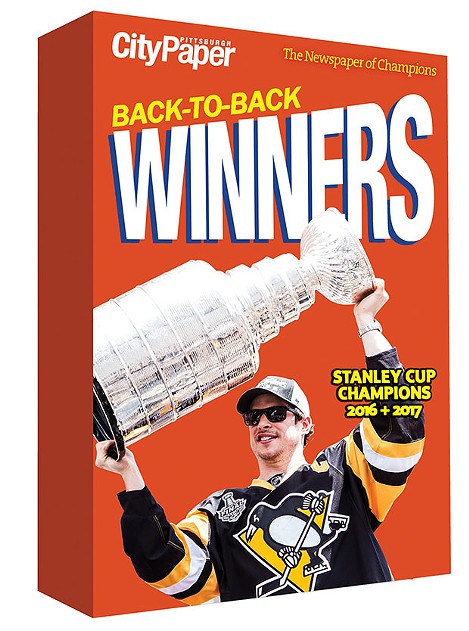 Adding to the résumé is the fact that this isn’t even close to the end of the Penguins’ run. Right now, the Pens are set up to dominate for years to come. I know we all said that in 2009, after that year’s cup win. But even in those years when the Penguins couldn’t close the deal, they played pretty good hockey. Now you have head coach Mike Sullivan, who has won Stanley Cups in each of his first two seasons, and a roster of key players returning. In addition to Sidney Crosby and Evgeni Malkin, the Pens will also return Patric Hornqvist, Phil Kessel, Matt Murray and Kris Letang. Other core players like Jake Guentzel, Tom Kuhnhackl, Bryan Rust, Scott Wilson and Carter Rowney are also coming back.

Now if you’re a fan in Philadelphia, Washington, D.C., or Nashville and you’ve made it this far, I’m sure you’re ready to tell me to kiss your ass. But beyond the championships, the Penguins have other intangibles that elevate them beyond regional and local notoriety.

Not only do the Pens have a solid record of winning championships and turning out MVPs, they also have the good fortune to be from Pittsburgh — the City of Champions. Certainly, they have added to that legacy by winning titles, but their run in the past decade cements their legacy in sports history, and with fans.

The Pens’ fan base is rabid. And it doesn’t rely on gimmicks like the Nashville Predators’ horrible musical performances at intermission, and the flying catfish. Let’s be honest — no team with fans who shove catfish down their pants deserves to win a Stanley Cup.

The Penguins also have personnel who have become household names: Sidney Crosby, Mario Lemieux, Evgeni Malkin, Marc-Andre Fleury, Tom Barrasso, Ron Francis and even announcer Mike Lange. In fact, if you ask any hockey fan what team Jaromir Jagr played for, she will tell you the Pittsburgh Penguins before telling you the names of the 614 other teams he skated for over the years.

Every sport has teams that fans in other parts of the country latch onto. Teams like the Yankees, the Cowboys and the Bulls have fans everywhere because of the outstanding accomplishments they’ve managed to accrue. Much the way the Cowboys have become “America’s Team” — at least that’s what their marketers want you to believe — I think the Pittsburgh Penguins are becoming America’s hockey team. Just another title to cement this team’s legacy.