Time to get spruced up for the Pittsburgh International Lesbian and Gay Film Festival, beginning Fri., Oct. 14, and running through Oct. 23. Now in its 26th year, the festival offers 16 feature-length films, four programs of shorts, and opening- and closing-night parties.

The opening-night event includes two films, both adaptations of popular novels, with a party in between. The Night Watch (7 p.m. Fri., Oct. 14) is an ensemble melodrama, set during and after World War II in London. Love of all stripes -- gay, lesbian, straight -- is tested both by the chaotic events of the Blitz (two women work as ambulance drivers), and by social restrictions. This is a handsome, well-acted BBC production. 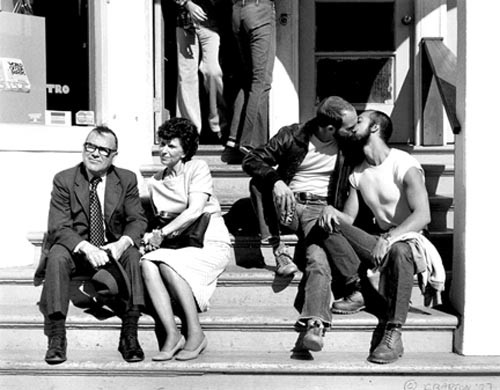 The earliest days of the AIDS crisis in San Francisco are the focus of the sobering, but uplifting doc We Were Here (2 p.m. Sat., Oct. 15). In contemporary interviews, intercut with archival material, survivors explain how they turned into care-givers, nurses and activists. It was a terrifying, heartbreaking time, yet one that forged a powerful social and political community.

All films screen at the SouthSide Works. Single tickets are $8.50 (opening night is $30, closing night $15); passes and student discounts are also available. See www.plgfs.org for more information and the complete schedule.