"What I am trying to do is step out and do things we really haven't done."

In his 18 years as Pittsburgh Ballet Theatre's artistic director, Terrence Orr has seen the company through myriad ups and downs. They ranged from rough financial periods and a Pittsburgh Musicians Union strike, in 2005, to onstage triumphs, including the first-ever sensory-friendly production of The Nutcracker and the recent expansion of PBT's Strip District facility. In its 45th season, Orr feels, the company is better than ever.

With perhaps its deepest pool of dancer talent during his tenure, Orr says PBT finally has the chops to take on repertory usually reserved for ballet's big boys, like the Bolshoi Ballet and Paris Opera Ballet. While the troupe opened its 45th season with two repertory ballets (The Sleeping Beauty and The Nutcracker), the remainder of the season is all company premieres, including its first ever full-length production of the classic La Bayadère, in April.

"What I am trying to do is step out and do things we really haven't done," says Orr.  "Ballets that set us apart from other companies our size."

That's great news for area audiences — and even for dance writers, who have been longing for the company to stretch its wings. 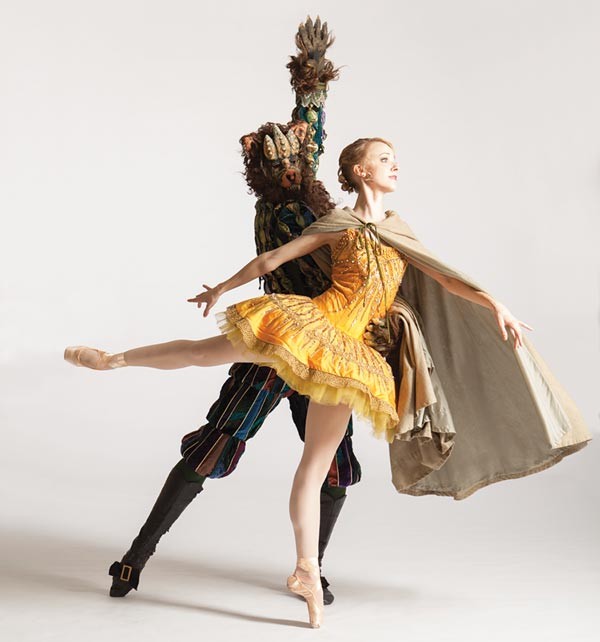 Photo courtesy of Duane Rieder
Amanda Cochrane and Robert Moore are among the dancers in Pittsburgh Ballet Theatre's Beauty and the Beast.

In addition to La Bayadère, in March the company will premiere its very first Jerome Robbins ballet, "The Concert" (1956), along with Mark Morris' "Sandpaper Ballet" (1999) and Jiří Kylián's 1991 masterpiece "Petite Mort." Orr calls PBT Premieres "perhaps the best repertory program we have ever mounted."

Such a program demonstrates the level PBT has reached, in both Orr's eyes and the regard of folks like Morris and the Robbins Rights Trust, who historically have been highly selective about who performs their works. "It's a testament to how good we are that we get to do these works," says Orr.

Up first, however, is the company premiere of legendary choreographer Lew Christensen's Beauty and the Beast, with 10 performances Feb. 6-15 at the Benedum Center.

The work was originally choreographed in 1958, and reworked in 1982 with new characters, sets and costumes. PBT recently purchased the production from San Francisco Ballet. The two-act, 90-minute ballet, which has rarely been performed, is loosely based on Jeanne-Marie Leprince de Beaumont's 1756 version of the traditional fairy tale, which has its roots in Greek mythology.

Set to various compositions by Tchaikovsky culled by Christensen, the ballet has a romantic feel.

"One of the things I love about Christensen's ballets is that he is so musical," says former San Francisco Ballet dancer Leslie Young, who is setting the ballet on PBT. "It has been said that while you are watching it, you feel like the music has been written for the ballet."

Orr also has a history with the production, having danced in it early in his career, when he was with San Francisco Ballet. In his restaging of the ballet, he says, he omitted a few sections he felt extraneous to the ballet and has had some of the ballet's set pieces and costumes redone, including the Beast's mask.

Forget the 1991 Disney movie, with its dancing candelabra and dishware. Christensen's ballet is a full-on fairy tale, with magical forest creatures such as stags and nymphs. It tells the story of young Belle, who though imprisoned by the Beast, grows to love him, a love that transforms him back into his princely self.

Dancing the role of Belle opening night is nine-year principal dancer Alexandra Kochis. She says that compared to other versions of the ballet she's seen, in this, Belle has a harder time getting past the Beast's appearance. "What really brings her closer to him is the love she has for her family that she sees in him," says Kochis. Kochis' partner is Alejandro Diaz, as the Beast.

Christensen packs a lot of technical difficulty into the ballet's main roles, especially in the climatic grand pas de deux, which Diaz says is rife with daring tossing lifts and powerful jumps. "The male variation in it has an incredible amount of difficult beating jumps," he says, noting a step where the dancer's calves strike sharply together during a jump.

In rehearsals, the ballet's group sections had the feel of an old Hollywood production number, with groups of dancers sweeping across the studio into geometric formations.

"The ballet has an old-world charm," explains Young. "You are transported to another time and place that is very magical."