The Neverending Story: It's been 13 years since the state took over the failing Duquesne school system. So why haven't things gotten better? | News | Pittsburgh | Pittsburgh City Paper

The Neverending Story: It's been 13 years since the state took over the failing Duquesne school system. So why haven't things gotten better?

"I don't know that the state has ever known what to do with Duquesne." 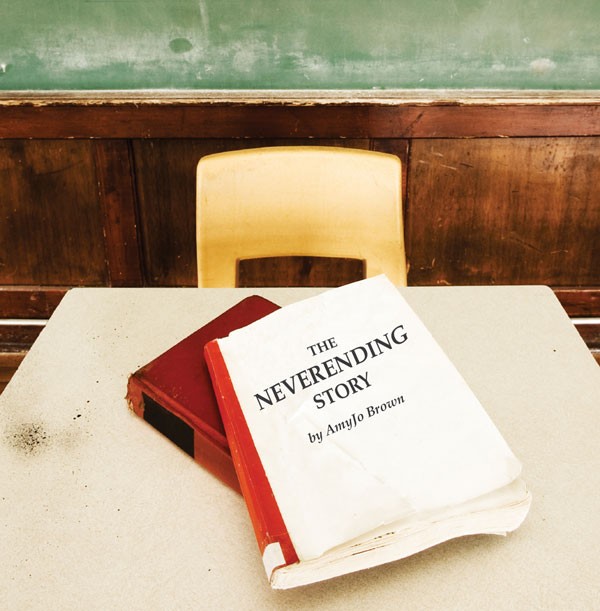 The office of the acting superintendent of the Duquesne City School District is clearly temporary, barren of the personal artifacts and personal touches one typically finds in such offices.

Instead, posted on the wall next to the door is a quote printed on plain white paper: "I have not failed. I've just found 10,000 ways that won't work."

Paul Rach, who was brought on board in August 2010, is one of the most recent of more than a dozen administrators the state Department of Education has rotated through the district since 2000, when it took control of the district's budgetary and educational policy. In that time, the state closed Duquesne's high school, in 2007, and its junior high last year. Yet despite such cost-cutting measures, the Duquesne City School District remains wracked with financial difficulties. The state is expected to subsidize about 76 percent of next year's proposed operating budget of nearly $18 million.

Last month, an Allegheny County Common Pleas judge ordered the school into receivership under the direction of another state-hired administrator, Paul B. Long, giving him the sole authority to decide the fate of the district's remaining 350 students in kindergarten through sixth grade. Long says keeping the school open as it is "does not appear to be financially viable in the long run."

It's not just the money he's concerned about.

In 2000, Duquesne's academic performance was ranked among the lowest in the state, according to the results of the Pennsylvania System of School Assessment (PSSA) tests. That year, 72 percent of the student population scored below basic proficiency in average combined reading and math scores. And its 2012 PSSA tests show no improvement. According to a recovery plan Long filed with the state this year, more than two-thirds of the elementary students scored below proficient in math; more than 80 percent were below proficient in reading.

If the school must close, however, it's unclear what the alternative will be: Long has proposed transferring the students to another school district or converting the district into a charter-school. But all but two of the 11 school districts he approached earlier this year, facing their own tight budgets, rejected the idea of taking on the students voluntarily; negotiations are ongoing with Pittsburgh Public School officials and West Mifflin. The charter school option may also be unworkable. Under current state rules, the cash-strapped district would have to bear the cost of tuition — and Duquesne already struggles to cover payments for children attending charters. That cost is expected to eat up 16 percent of next year's budget.

It's possible state legislators may have to force a solution, Long says. "We're hoping for reform of the charter-school law. We would be open, too, to a legislative mandate" ordering another district to accept the students.

Duquesne's travails under state oversight are being watched with concern by educators.

"Duquesne makes everybody real nervous," says Daniel Carey, region field director for the Pennsylvania State Education Association, which represents teachers and other public-school employees. When it comes to financial distress, he says, "There is a whole line of other districts that aren't too far behind."

The state has brought in plenty of experts over the past 13 years to turn Duquesne's situation around. It began with a Board of Control, appointed by the state education secretary in 2000.

The board's membership changed every few years, as did the management team the board appointed to run the district. Pittsburgh Public Schools operated the district for one year; the Allegheny Intermediate Unit did so for four. The district was led by six different superintendents before Rach was hired, to say nothing of frequent changes in principals, teachers and support staff. Some left of their own accord, while others were laid off over the years as the district wrangled with its budget problems.

Such changes in leadership, as well as the uncertainty about the district's future, have exacted "a great, great emotional impact on the staff," says Principal Sharon McIntosh, who was hired in 2009 as an assistant principal.

"Everyone has résumés out and are looking for employment elsewhere," Carey says. Duquesne's teachers are the lowest-paid in Allegheny County, he says: Five years ago, when their contract was last negotiated, teachers would have needed a 19 percent increase just to match the next lowest-paying district in the county, Clairton.

Long says the district has no extra money to put into improving the students' education. In fact, more cuts would be necessary for the district to continue operating without deficits.

Some of Duquesne's problems — like increasing health-care and pension costs, as well as charter-school expenses — are faced by districts across Pennsylvania. But Duquesne's situation is exacerbated by the fact that tax revenues have been dropping as the population dwindles. In 2000, U.S. Census figures show, the city had about 7,500 people. In 2010, only 5,565 lived there. The median household income in Duquesne was $21,714 compared to $51,651 statewide, according to the 2010 Census. About 99 percent of the school population qualifies for free or reduced lunches, according to a May 2012 report to the state legislature.

As a result of those trends, local property and income tax are only enough to cover the roughly $1.6 million debt service on the district's lone school building.

"Those of us who stay, we can't carry the district," says Cedric Robertson, who serves on the school board, which remains as a token body. "You can't get gold from a silver mine. You can't drink champagne with beer money."

"I don't know that the state has ever known what to do with Duquesne," says Carey, of the PSEA. "They go back and forth with being concerned about the educational program and the test scores, and they'll put resources in. And then next year they get concerned about the money, and they cut back on the money and resources, and the test scores suffer. It's been this back-and-forth, up-and-down thing for the past 12 years."

Sarah McCluan, spokeswoman for the Allegheny Intermediate Unit, which oversaw the district for a time, says it's hard to answer questions about management decisions.

"It was a poor decision the state made," says Robertson, who has a son in kindergarten and a daughter who went through the closing of the high school, graduating last year from West Mifflin. "People came in here, took a paycheck and didn't have a vested interest in the school because they didn't live in the community."

Rach, for one, was optimistic when he first came to Duquesne. Four years earlier, Rach had been named a "Distinguished Educator" by the Department of Education; he has decades of experience in education, as both teacher and administrator. He also serves as board chairman of the nonprofit Consortium for Public Education, which helps design strategies and brings support to struggling Mon Valley school districts.

But Rach's contract with the state ends this summer, and he says he doesn't plan to stay to see the district's elementary grades through what might be their last year in the city of Duquesne. "I am retired, and I'm not interested in coming out of retirement," he says.

Asked if he sees a light at the end of the tunnel for the district, he responds resignedly, but not unkindly.

"What's the old joke?" he asks. "Just hope it's not an oncoming train?"