With either group, it’s best to check your inhibitions at the door and keep your ears open 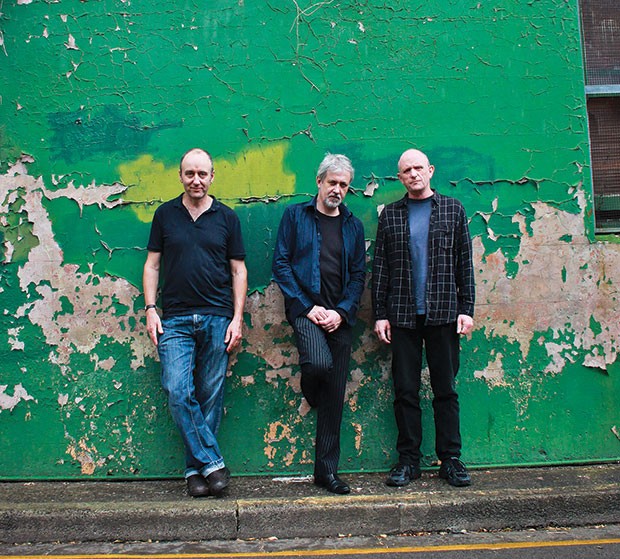 BATTLE TRANCE
8 p.m. Sun., March 5. City of Asylum @ Alphabet City, 40 W. North St., North Side. Free (reservations required). 412-323-0278
By pure coincidence, two groups come to town this weekend playing music that can’t be easily defined with a description like free improvisation, though that comes close. Their music definitely doesn’t sound like jazz, though members of The Necks and Battle Trance have experience playing jazz music. Like the best artists who play that music, these groups know its history, and each has continued on its own course toward originality. The results come closer to music based on pure sound: Sometimes it’s so gentle it barely exists, while other times it gets abrasive. With either group, it’s best to check your inhibitions at the door and keep your ears open.

The Necks came together in Sydney, Australia, 30 years ago, playing purely improvised music. In the time since, the group has released 17 albums and toured the world, but bassist Lloyd Swanton says its original plans never looked beyond the practice room. “We had no problem with an audience. We weren’t snobs or anything like that,” Swanton says, speaking from San Francisco at the start of a tour. “We didn’t want any outside influence on the creation of music at all.”

But the staff at Sydney University’s Music Department heard Swanton, Chris Abrahams (piano, organ) and Tony Buck (drums, percussion) rehearsing, and invited them to participate in a concert series. “We thought if we fell flat on our faces, we’ll just go back to what we were doing,” Swanton says. “It turned out to be a very successful concert. We got about 100 people, and it just proceeded from there.”

Audience size has grown since then. Last year, The Necks opened for Nick Cave and the Bad Seeds, bringing their relatively subdued sound to venues with thousands of seats. While they enjoyed that jaunt, Swanton says the members still prefer smaller spaces, with more attentive audiences. “It was a buzz playing to 10,000 people, but there’s something very special about an intimate room,” he says. “The way we play, we want to engage with the room a little bit more.”

Members of The Necks never discuss what will happen before a performance. They walk onstage, stand in silence, and wait for one of them to make the first sound. What follows is often built on layers of drones, with musical fragments floating over them. It’s not unusual for Swanton to bow a single note for several minutes, while Buck keeps some percussion clattering and Abrahams adds melodic fragments on piano or organ — or both. While it sounds unorthodox, the bassist is following in a tradition. “A lot of bass playing — funk, reggae — is all really about sitting on something solidly and reassuringly,” he says. “So I try to bring those mainstream principles to the music.”

While The Necks play music made of three unique parts, the tenor saxophone quartet Battle Trance disregards individual personalities in favor of creating one big sound. “After a while, there’s little differentiation or recognition between the four of us, where it’s hard to tell who’s playing what sound,” says Travis Laplante, who formed the quartet, in 2012, with Patrick Breiner, Matt Nelson and Jeremy Viner.

This became apparent at the New York Winter Jazzfest back in January, during a performance of the lengthy piece “Blade of Love.” For close to an hour, the sounds kept shifting from droning long tones to a point where the quartet literally sang with their mouthpieces. Right when it seemed like they were noodling away, going off in four different directions, they all hit a low squonk together, which seemed intuitive. This clearly was a structured composition. “The pieces are extremely precise,” Laplante says, “and the compositions are not vague. We get into the extreme subtleties of timbre, and we’re working with very specific, unusual fingerings of the saxophones to create very specific resonances with particular notes.”

Laplante adds that the acoustics of a venue play a big role in a Battle Trance performance. “The band and the pieces work very deeply with resonance. Not only the resonance of the saxophones but how that is embodied within the space that we’re playing,” he says. “That’s one of the things that I love about playing acoustic music, and this band in particular. The piece becomes alive in a totally different way every night.”

While Battle Trance doesn’t sound like a jazz group (in fact, its record label links it to classical music), Laplante came to his own unique approach through jazz studies. “For me,” he says, “it was a balance between going deeper and deeper into the saxophone as an instrument and, at the same time, breaking down certain limitations I had put in my psyche about what is and isn’t possible with the saxophone — what is and isn’t ‘correct.’”

Likewise, when listening to either Battle Trance or The Necks, listeners should set aside any preconceptions they might have about the music.