The myth of 'We The People' 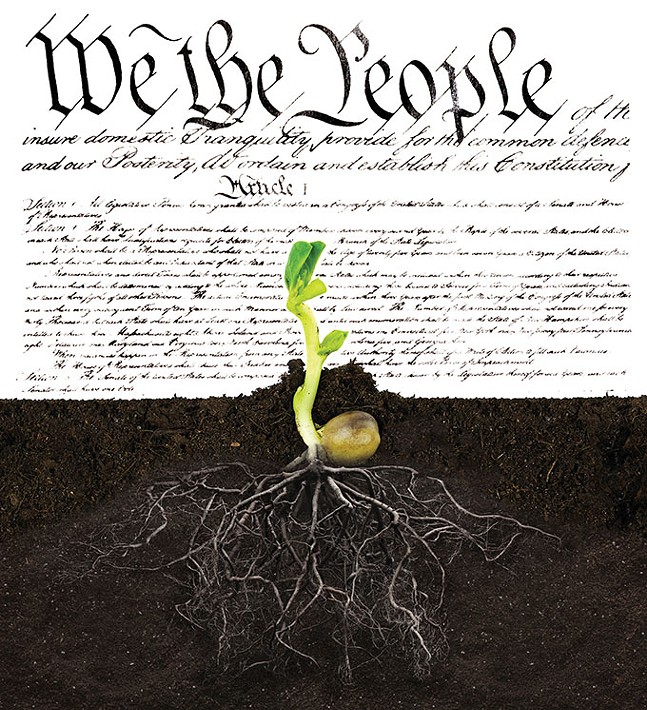 Anyone listening to the news, scrolling their timelines on social media, or just existing in the United States of America has heard or said something to the effect of:

This is not America.

I do not recognize this country.

I can’t believe where we are as a country right now.

I can only say, in as calm a voice as possible, "What the heck are you talking about and where do you think you have been living all of this time?"

“We the People of the United States, in order to form a more perfect Union, establish Justice, insure domestic Tranquility, provide for the common defence, promote the general Welfare, and secure the Blessings of Liberty to ourselves and our Posterity, do ordain and establish this Constitution for the United States of America.”

Memorized by school children, citizenship seekers, and only barely remembered by its adult native-born citizens, this is the preamble to the Constitution of the United States of America. It is also the beginning of the American fairy tale.

Written by Gouverneur Morris, who was against slavery, at least, the sentence begins the myth-making with the first three words: “We The People.”

According to the Constitutional Rights Foundation, Mr. Morris’ “we” meant:

“... eliminating everyone under the age of 21, all slaves and women, most Jews and Catholics, plus those men too poor to be freeholders, the ... electorate consisted of only 10 percent to 20 percent of the total population.”

Continuing on, who are “... the people?” Further illumination comes in 1856 in one of the worst Supreme Court decisions in history:

Dred Scott v. Sandford "ruled that people of African descent, whether or not they were slaves, could never be citizens of the United States, and that Congress had no authority to prohibit slavery in federal territories,” states the New World Encyclopedia.

Furthermore, people of African descent in the United States were 3/5 or 60 percent human. 60 percent. People from Africa, the original humans: not human. Okay, America.

Equally infuriating is knowing that the economic value of the transatlantic slave trade, the foundation of the U.S. global financial powerhouse is $17 trillion. If you include the value of land taken from First Nations, that number is over $50 trillion.

Imagine what would have happened if we had created an equitable and just society decades ago? The economic benefits are nearly incalculable, yet the unsustainable violent economic, social, cultural, and environmental injustice surrounds us all.

Justice? How just is enslaving a human being? Not “of its time” or “socially acceptable” but where is the justice in the buying and selling of human beings?

In a twisted sad, American white supremacist patriarchal sort of way, it is appropriate that they are called Founding Fathers because that is what they founded. A country built on genocide, slavery, injustice, and the pursuit of property — doesn’t consuming stuff make us happy?

Our current challenges are the freshly bloomed poison fruit growing from the violent white supremacist patriarchy root system of America. We must acknowledge and understand this so that We the People, as defined by us, can build a future that is truly of, by and for the people.