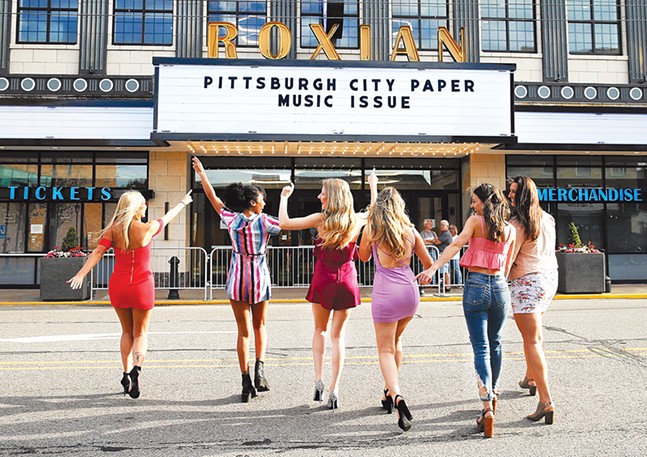 Not a single day goes by in Pittsburgh without some sort of live music. Whether a national touring act like Ariana Grande plays at PPG Paints Arena, a DIY show takes place at The Mr. Roboto Project, or Wallace’s Whiskey room in East Liberty hosts a jazz guitarist during happy hour, live music can be found in this city any night of the week.

It has not always been this way: 2019 seems to be marking a musical renaissance in Pittsburgh. Since the start of the year, the city has gotten two new event centers, two record stores, a music venue — with two more to open in the foreseeable future — and an abundance of dance nights.

And concerts aren’t just taking place at standard music venues anymore; shows are popping up in clothing stores, bowling alleys, and even plant nurseries. Some feel, however, that it has become oversaturated. Mike Elko, who runs Elko Concerts, says in a Pittsburgh Post-Gazette article by Scott Mervis that “There are too many venues and too many promoters throwing money at artists and paying more than their guarantees.” With Pittsburgh’s proximity to major cities like Philadelphia and D.C., we have been lucky that so many national acts have chosen to make tour stops here. But with the addition of the new venues, those major artists come with a price.

So what does that mean for Pittsburgh’s music scene? Moreover, for outsiders looking in, is Pittsburgh making a name for itself as a music city? Not only are more acts coming to perform in the ‘Burgh, but local musicians and bands are traveling outside the city to represent Pittsburgh on a national and international level (page 16), showing that we have more to offer than Wiz Khalifa, Daya, and the late Mac Miller and Jimmy Wapo. (Pittsburgh City Paper even asked local music veterans to recommend new acts and albums.)

It's only halfway through 2019. Who knows where the state of Pittsburgh’s music scene will be six months or even a year from now. But one thing’s for sure, it’s a good time to be a music fan in the city.

• As the concert industry booms, how are local Pittsburgh promoters adjusting?

• Which local music venue are you?