Dinner moves from house to house, starting and ending at The Mattress Factory 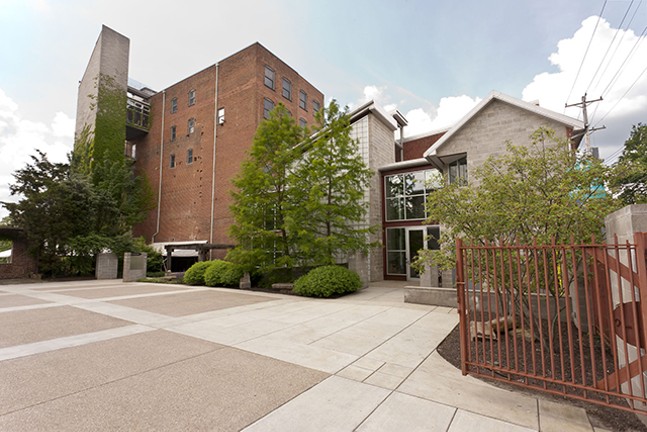 The dinner, on Feb. 23, moves from house to house, groups of neighbors delving into
appetizers and entrees at the invitation of community homeowners.

Homes in the Mexican War Streets are known for historically accurate features, from windows
to front stoops. It’s a collection of beautifully restored houses, which the neighborhood works
tirelessly to achieve and maintain. Residents are a diverse, multigenerational mix of Pittsburghers, a hodge-podge of natives, transplants, and people from all walks of life. The progressive dinner holds to this preservation mentality, both externally and interpersonally. Everything about the progressive dinner is a community-building effort. It’s held in February to get residents off their couches and away from winter blues. By capping the ends of dinner with a group gathering, neighbors have the chance to mingle and chat. The dinner is open to all of Pittsburgh, welcoming other areas of the city to join the neighborhood.

“Whatever happens in the middle, hopefully, you get some food and see two houses.”

Margaret Connor, president of the Mexican War Streets Society and society secretary
Stephanie Johnston, are newbies to progressive planning and make every attempt toward
accessibility, working to lessen the load on participants. Hosts are not responsible to cook;
chefs are sourced from other homes. Entrees, the same in each house, are simple and
affordable. Neighbors are called upon to bring side dishes, extra desserts, and more. The
modest entry fee is used for wine and decorations; any surplus is put back into preservation.

This year, the moving meal turns 12 (in comparison, the Mexican War Streets house tour is
celebrating its 50th anniversary). In the past two years, under the supervision of Connor and
Johnston, the event has taken some fun turns. Dinner is now themed, with last year’s dinner
returning to the 1920s and this year getting down with the '70s. For the first time, the
progressive is bookended by events at the Mattress Factory. Neighbors come together at the
museum for cocktails and return for dessert.

“You just have to roll with it,” says Connor. “You leave the cocktail space, and you show back
up for dessert. Whatever happens in the middle, hopefully, you get some food and see two
houses.”