The Mauritanian is a tough memory of the ongoing Iraq War 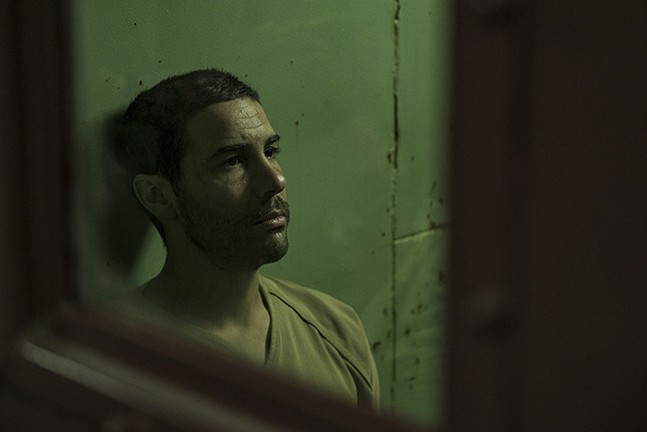 Photo: Graham Bartholomew
The Mauritanian
In The Mauritanian, people keep looking at reflections — of themselves, of a family member in a rearview mirror. It happens multiple times in the first few minutes alone. The metaphor is fitting in a film focused on reflection, with the feeling that nothing much has changed.

The Mauritanian (now playing at AMC Waterfront and available to rent on Amazon Prime) faithfully tells the true story of Mahamedou Ould Salahi, the first person to write a memoir while imprisoned at Guantanamo Bay Detention Camp. (The film is in part based on his Guantanamo Diary.) Despite shaky (at best) evidence of his alleged crimes, he was held for 14 years without a single charge against him.

The film centers around the legal battle for and against him, with the workings of a classic legal thriller. This isn’t a bad thing, but The Mauritanian isn’t trying to reinvent the wheel in how it tells its story. It dutifully hits all the notes of the genre, with determined lawyers poring over case files, pissing contests between people making high six figures, and impassioned speeches on the moral obligation of the legal system that make you feel a little too hopeful.

The performances match the workmanlike attitude of the film, and help elevate material where you know what every twist and big moment is going to be. The breakout here is Tahar Rahim as Salahi. Being the face of a war and a political battle is thankless, but Rahim handles it more than capably. He doesn’t just play Salahi as a conduit for pain, but as a constantly curious individual, whose situation is made all the more painful by the fact that he’s smart enough to understand the power dynamics that are keeping him imprisoned.

And those power dynamics are really the thing that elevates The Mauritanian above being just another mediocre genre flick. The real battles waged here aren’t between lawyers, or even really between countries. It’s between information and the lack thereof, the war that was fed to the public, and the one that was actually happening.

Jodie Foster stars as Nancy Hollander, the tough and cynical human rights lawyer who butts up against her firm, and public opinion, to take Salahi’s case. This role feels as easy as rolling out of bed for her, as she easily slips into taking on arrogant military men and letting off pithy lines like, “The Constitution doesn’t have asterisks saying terms and conditions apply."

Others handle their roles just as well. Benedict Cumberbatch’s mouth works overtime to try and keep up his chewy Southern accent as lead military lawyer Stuart Couch, but his natural mix of steely and intelligence serves the film well for a character at an ethical crossroads. Shailene Woodley is occasionally underserved as junior lawyer Teri Duncan, but carries the emotional load of some of the film’s sappier moments well.

By now, it's well-known what's happening at Guantanamo Bay, but that doesn’t make the climactic torture scene any less horrific. But the more casual horror of The Mauritanian is the basic disregard for transparency that came to define America’s policy in the Middle East in the 2000s. This is a movie mainly defined by red tape and heavily redacted documents. And importantly, it’s very rarely defined by evidence.

The film seems to close on the same tough-but-optimistic course, but the postscript punches you in the gut. It’s a stark reminder that no matter how much fighting for justice there is in this seemingly never-ending war, it can only make so much of a difference. We’re going on 20 years of conflict now. Things haven't changed, they've just switched names and courtrooms.