The linguistic dominance of white, western, English and how to recognize and disrupt it | News | Pittsburgh | Pittsburgh City Paper

The linguistic dominance of white, western, English and how to recognize and disrupt it

A conversation with Dr. Samy Alim 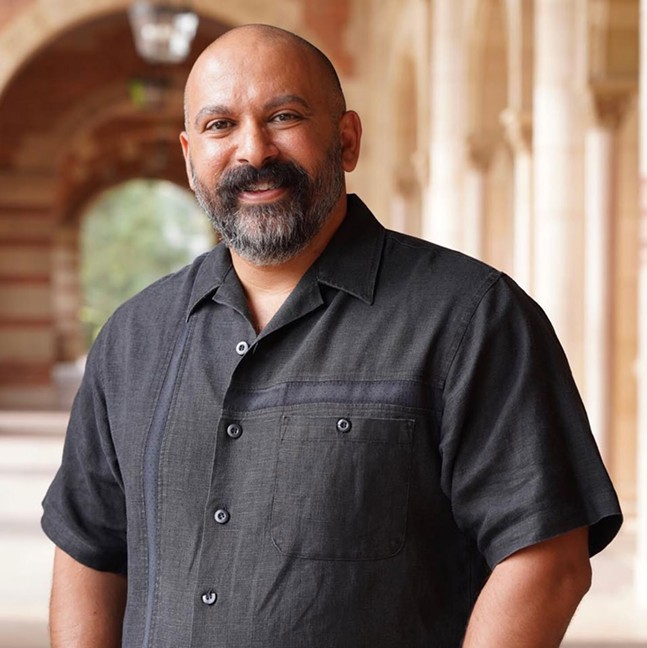 Dr. Samy Alim
Dr. Samy Alim has spent his career dissecting the ways language can empower, subvert, and control cultural norms. As an author and professor of anthropology and African-American studies at UCLA, Dr. Alim has studied in depth how western, white, English language has come to be understood to be the standard, an ideology that allows its speakers to believe they have no accent. He's written about the language of Barack Obama's speeches, how hip-hop language shapes conversations on race, and how false ideologies about language have an insidious effect on the American education system and prison pipeline.

Today at 4 p.m., Alim gives a talk at the University of Pittsburgh called "Sorry to Bother You: Education and the Disruption of White Cultural and Linguistic Hegemony in the U.S. and South Africa," presented by the school's
Center for Urban Education within the School of Education. Before his talk, Pittsburgh City Paper spoke to Dr. Alim about myths of linguistics, teaching in prisons, and why people compare Barack Obama to Martin Luther King but maybe shouldn't.

The interview has been lightly edited for clarity and length.


Growing up, when did you first become aware that white/western/English language was normalized in your life?
It wasn’t really until I got a critical language education in college at the university level. And that’s part of the problem. Some of the work that I do aims to ensure that people have this kind of critical-language awareness far earlier, because as Americans, our sort of national language ideology is that there is a standard English, there is a proper way to speak and an improper way to speak. What we never confront is that the so-called standard English, which you learn in sociolinguistics 101, is a myth. It’s a construct. It’s not real. It’s a variety and a style of speaking that’s modeled after wealthy, white, middle class, upper class, usually male, straight, heterosexual, etc. It’s modeled after the dominant. It’s modeled after these mostly dominant men who imagine themselves to be accentless, or to be speaking some kind of standard. You never really encounter a philosophy or thinking that challenges standard English, at least from the schooling perspective. That answer was entirely based on my schooling. In school, in educational institutions, the standard language myth and the standard language ideology is so strong that you’re never taught anything else unless you take a linguistics class in college.

Now I’m going to flip that answer completely upside down. Because outside of school, I was six years old [when I had] my first introduction to hip-hop music and [that] sort of made me aware of the way you could subvert language, the way you could subvert these standard ideologies, it was hip-hop music and language. Throughout my childhood, there’s these parallel routes or tracks, where people are doing things with language and using particular language varieties in ways that were never really allowed in school. There are two parallel universes happening at the same time. So, part of where I begin to do my work, once I get the language around this kind of critical understanding of linguistics, I start to bring with me what I know about Black language, hip-hop language, and its creativity and think about those intellectual disjunctures and bring them together.

I want to talk about your writing about President Obama’s style of speech, but I wanted to start with, who were other Black politicians whose speech interested you before Obama?
Black speech by Black orators in general has a long history and a long tradition and a fascination for me being as an African-American studies major in Philadelphia at the University of Pennsylvania. I encountered this early on, like over 20 years ago. Everybody from Minister Louis Farrakhan to Reverend Jackson, historical tapes like Martin Luther King and Malcolm X and all those speeches, I was always interested in that rhetoric. Of course, the content, but also the speech style and the discourse and the rhetoric and what people would do with language, not just what they would say, but how they would say it. Not just their speech but also their silences. Not just their articulation, but also their flow, their rhythm, their cadence, their timing.

So Barack Obama, in that tradition, doesn’t even represent the best of speakers or orators. I think that’s one thing that I have to keep in mind out front to people. In the book I talk about how Barack Obama was constantly compared to Martin Luther King by white listeners when he doesn’t even compare to Martin Luther King's oratory. But it was sort of a way for white electorate to make connections between what he was doing with language and ya know, one of the only other figures that they knew.

It's a way to make sense of him.
Exactly. You had the [conservative] right making sense of him as an African-Muslim boogeyman. Which people forget now, but that was intense — the xenophobia, islamophobia, — that was intense. He was targeted intensely. But then you have another segment that was trying to make sense of him as American, as Christian, like “no no no — Martin Luther King.” So, like this Black preacher style that Barack Obama adopted became a way to Americanize and Christianize Barack Obama in the eyes and ears of many Americans.

What’s a response you’ve gotten from students (whether from yours or when speaking at other schools) that surprised you?
Can I tell you the most important and memorable experience I had? It was teaching about language and race in San Quentin Prison in Northern California. I would say teaching in prisons in general, whether adult prisons or juvenile prisons, they are some of the most memorable experiences. With the juvenile inmates, these are kids that are locked up — you learn that the reason that they’re here in the first place is because they were pushed out of school based on these issues of language, culture, their ways of being, their way of interacting, they were either seen as inappropriate or pathological. It seems almost anti-school. People are seen as ineducable because of these biases. I think learning those stories and hearing those stories from inmates and seeing their hunger for knowledge and for a means, somehow, even if they’re locked up behind a wall, to somehow transform society on the outside. I’ll never forget some of the stories there. Those are the people who tell you, “don’t forget about us. Everyone else has forgotten about us and we’re here, and we’re here because we’ve been pushed out.” When you talk about a school to prison pipeline, this is as real as it gets.

What happens when you use Trumpisms as search terms for stock art?