It's not easy, in our filmic, televised era, to write a crowd-pleasing stage comedy, yet Joe DiPietro has done it 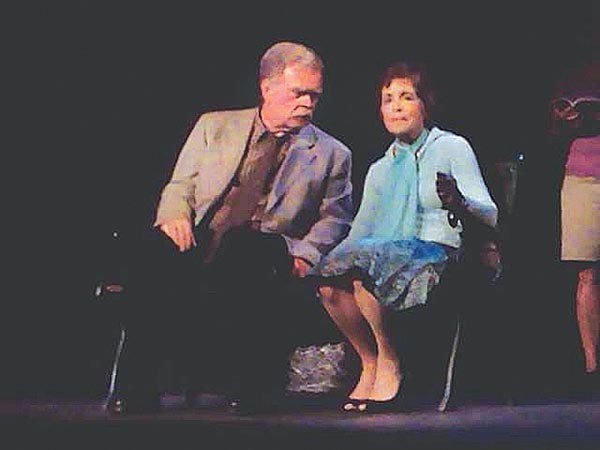 The Last Romance, by Joe DiPietro, could have been written any time in the past 50 years. Aside from its odd reference to "rap music," Romance is as timeless as its elderly lovers. The setting is the nondescript New York of a Seinfeld episode. The snappy dialogue is pure Neil Simon. And the inoffensive little plot, with its talk of opera and lost purse dogs, has the easy charm of an E.B. White story. The play was designed for community theaters like the Apple Hill Playhouse.

So it may surprise you that The Last Romance received its world premiere in Overland Park, Kansas, in 2008. This is a very new play, and yet it feels canonic. It's not easy, in our filmic, televised era, to write a crowd-pleasing stage comedy, yet DiPietro has done it: Romance is receiving two local productions just this month.

The story is simple: Ralph and Carol meet in a dog park. He's a cad, she's standoffish, and they're both lonely people in their twilight years. As Carol warms to Ralph, she also meets Ralph's possessive sister, Rose. It turns out that all three are very disappointed people, and the more they cling to each other, the more uncomfortable their lives become.

What sets Apple Hill's show apart is the discipline of its cast. As Ralph and Carol, Dennis Kerr and Shirley Ratner really know their lines. They keep a steady pace. They move with conviction, even when their blocking is untidy. Ageist as it sounds, putting mature actors onstage is a calculated risk, because of the precision theater demands. Kerr and Ratner perform as confidently as 30-year-olds. They are, in a word, fun.

As Rose, Janet M. Robb plays up her blue-collar angst. Rose is an Italian Catholic from New York, and she takes all these monikers seriously. Robb makes Rose sulky, cutting and easily bruised. None of these emotions are easy in a proscenium as large as Apple Hill's. Director Christine Jesse Klemstine should be proud of her work.

The show-stealer is Brandon Kerr, who sings operatic interludes. By far the youngest in the cast, Kerr proves that new dogs can learn very old tricks.