The Joy Formidable finds itself on Wolf's Law 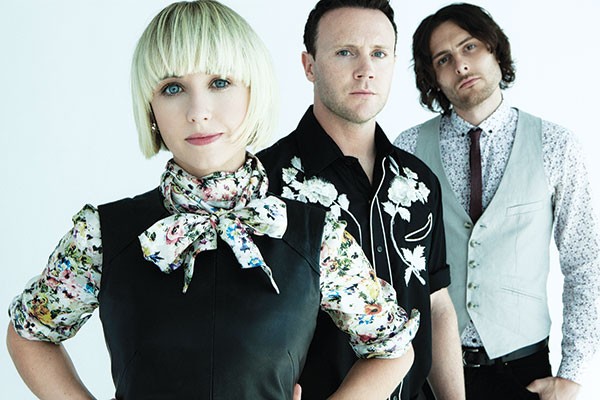 THE JOY FORMIDABLE with FORT LEAN, YOU WON'T.

The Joy Formidable wastes no time getting down to business on Wolf's Law, its second full-length on Atlantic: On the fast-paced opener "This Ladder Is Ours," singer and guitarist Ritzy Bryan establishes a useful metaphor. The band has always been as much about the climb as it is about the view from the top; it's feel-good music, but in a thoughtful and guarded way, celebratory but moody.

After the band's big splash with The Big Roar in 2011, the Welsh three-piece holed up in rural Maine to work on Wolf's Law. The result is a more cohesive rock album than The Big Roar was, with less concept-album aspirations and fewer of the arty tracks that most of us listened to once or twice, then skipped over on subsequent listens to Roar. That's not to say there aren't sonic risks on Wolf's Law — the weird bass tone on "Tendons," for example, defies the hold-it-down-at-all-costs nature of the bass on most of the band's songs.

The Joy Formidable's unsung hero, though, is drummer Matthew James Thomas: An aggressive double-kick drummer, he may well make the band what it is. It's little wonder The Big Roar caught Dave Grohl's ear two years ago; Thomas' drum work is huge and persistent, and in the Grohl school. And perhaps it's Thomas who profits most from The Joy Formidable finding its center on this record; the mid- to fast-paced, joyful stuff here allows him to really show his chops.