The magic isn't there in this show-biz comedy. 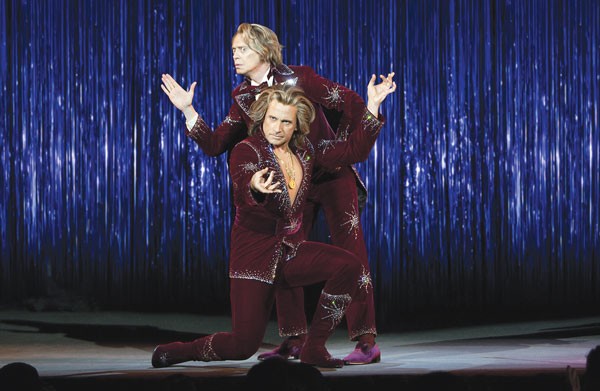 Burt Wonderstone, written by John Francis Daley of Horrible Bosses fame, follows a best-friend duo of Las Vegas magicians and their misadventures as they try to remain relevant in a viral-video age of magic. The eponymous Mr. Wonderstone — played by Steve Carell — is a predictably arrogant and unlikable character who relies so heavily on overwrought Will Ferrell-style antics that even Carell's charms can't salvage him. Steve Buscemi, whose discomfort playing his role is almost captivating, plays Wonderstone's sidekick, Anton. The unbearable cheesiness that ensues makes for a long hour and 40 minutes that's far from incredible.