“We definitely aimed to have the lineup be a bit more diverse, since we’re very tired of the boys’ club.” 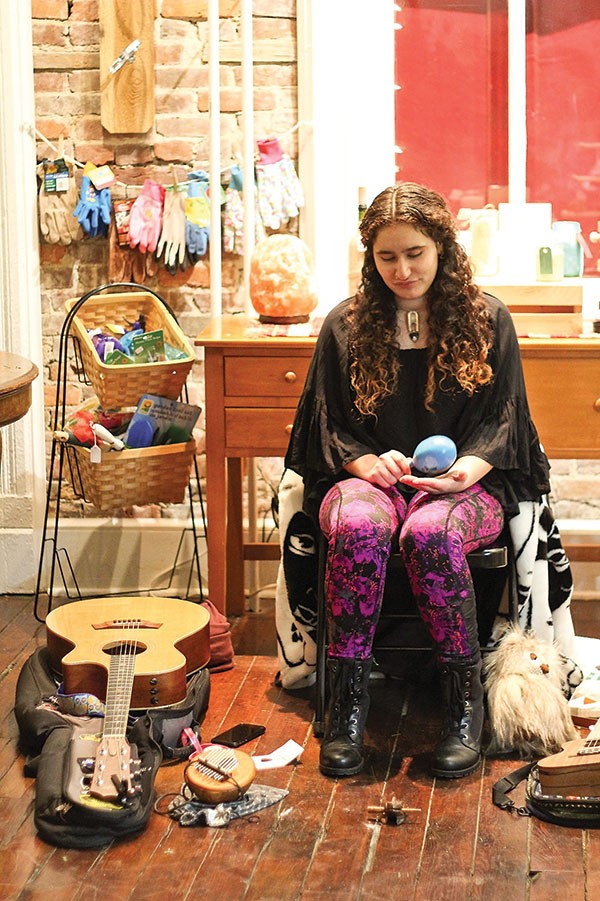 City Grows in Lawrenceville is a sweet-smelling garden shop overflowing with plants, seeds and local art. Everyday customers may have no idea, but after regular store hours, the space and its basement are transformed into an intimate DIY venue.

This weekend, the first ever FEST FEST FEST will take over the shop. The music festival features two dozen bands, a zine table and a vegan-friendly food stand, in an all-ages, alcohol-free space in which to enjoy the tunes.

It seems as if best friends and business partners Indigo Baloch and Olivia Ciotoli have endless ambition to better their community. Although both event organizers are incredibly busy with the establishment of their forthcoming cat café, The Black Cat Café (not to mention jobs and other responsibilities), Baloch and Ciotoli didn’t think twice about adding FEST FEST FEST to their to-do lists.

“FEST FEST FEST is our response to all of the punk festivals that seem to exclude female and nonbinary artists,” Baloch says. “There are so many incredible artists that deserve to be on that stage, but aren’t even contacted in the first place due to gender bias.”

“We definitely aimed to have the lineup be a bit more diverse, since we’re very tired of the boys’ club,” says Ciotoli.

The fest features haunting songstress Serpentine, the infectious and honest songwriting of Mildrid, stunning vocalist •f i g•, and the catchy alt-country bliss of the Otis Wolves, among many others. The lineup offers everything from hip hop and metalcore to acoustic and bluegrass music, and the performers are more consciously gender-diverse than most mainstream festival bills.

Baloch points to experiences at Warped Tour and Skate and Surf, where the performers are almost exclusively men, which helped lead the pair to focus on an inclusive lineup as a linchpin of FEST FEST FEST.

In addition to symbolically supporting gender equity in music, the festival’s proceeds will benefit the Animal Rescue League.

“Animal Rescue League has been incredibly supportive with our cat-café endeavor,” says Ciotoli. “We wanted to give back to them.”