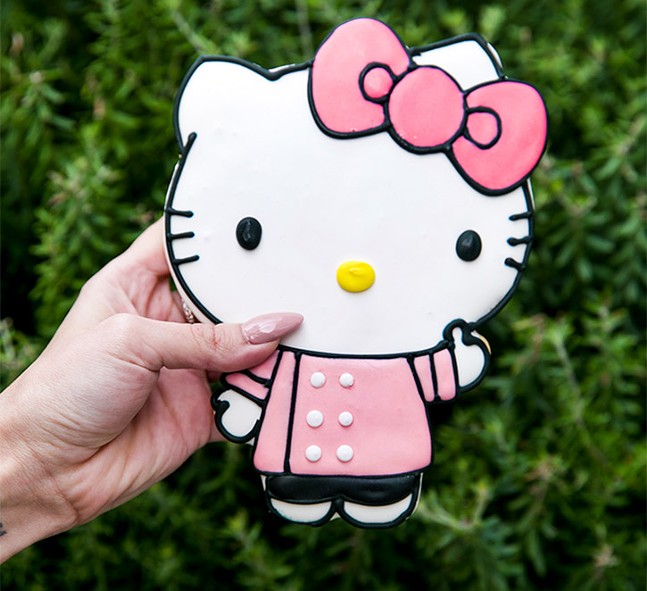 Christian Schulz and Rebecca Nicholson of popular pop-up Menuette unveiled Oak Hill Post in Brookline this week. The takeout-friendly shop is a pivot from their original concept, musical composition-inspired multi-course menus, and is now focused on sandwiches, soups, and salads.

Pittsburgh native and rapper Wiz Khalifa is launching a munchie delivery service. HotBox, which is set to open in Pittsburgh and other cities by October, will serve up some of the rapper’s favorite foods, like mac n’ cheese (appropriately named mac and yellow), burgers, and blazed end brisket.

This isn't Wiz's first venture into food. In 2019, the artist teamed up with local favorite Primanti Bros. to create a "Black and Yellow" sandwich, topped with Cheese Wiz sauce.

After much anticipation, Rolling Pepperoni is set to softly open its Lawrenceville shop with a grand opening slated on Tue., Sept. 1, according to Good Food Pittsburgh. Rolling Pepperoni's well-circulated pepperoni rolls will be the star of the menu, along with tea.

The Nordic pop-up is set to get its first brick-and-mortar in September. Pittsburgh Magazine reports that the final goal for Nik Forsberg, one of the founders of the pop-up, is to have a fully-stocked market. But he’s starting out small, with a weekly smörgåsbord.

On Sat., Aug., 29, the Hello Kitty Cafe Truck is rolling up to Ross Park Mall from 11 a.m. to 7 p.m. Grab some of the latest Hello Kitty merch from the all-pink truck, including hand-decorated cookie sets, sprinkle mugs, and a best-selling lunchbox.Opening a new restaurant? Unveiling a new menu? Email your Pittsburgh food and drink news to Maggie Weaver at mweaver@pghcitypaper.com.

Spirit-free beverage delivery, a new beer garden on the South Side, and more Pittsburgh food news