In this talking-heads doc, a Palestinian and an Israeli explain how they secretly worked together

In English, and some Arabic, with subtitles. Starts Fri., Oct. 10. Manor. 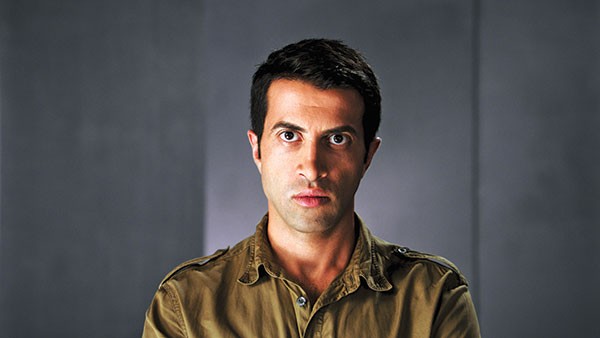 Nadav Shirman's documentary about the troubled relations between Israel and Palestine during the late 1990s and early 2000s is primarily composed of footage of two men, each seated in a medium shot but filmed separately, simply relating their shared story. But it's a fascinating narrative, troubling in its truth even as it resembles an improbably plotted airport thriller.

Mosab Hassan Yousef grows up in the Palestinian West Bank, the son of a well-known Hamas leader. At 17, he is arrested by the Israelis, and through the ministrations of Shin Bet handler Gonen Ben Yitzhak, Yousef becomes an Israeli informant. Returned to Ramallah, Yousef works closely with his father, including through the first intifada, in which the increasing violence and retribution on both sides makes his double-agency particularly hazardous.

At 90 minutes, Prince feels stretched, and without an on-screen interrogator, some provocative questions go unanswered, while other segments feel perfunctory. While it's an interesting tale with obvious repercussions for these two men in their shared endeavor, its novelty doesn't shed any new light on the still-ongoing conflict.