Baz Luhrman's adaptation is not a delirious train wreck but it's not a success, either 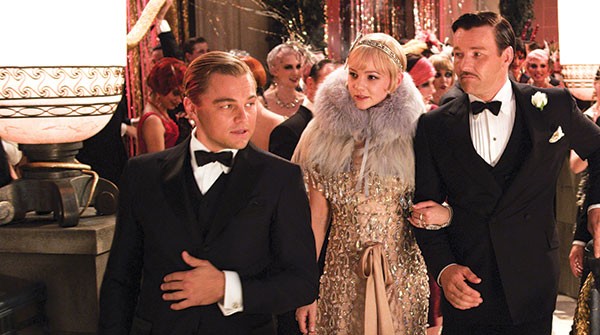 On one level, F. Scott Fitzgerald's The Great Gatsby is about puncturing grand myths and the manipulation of smaller truths. In that spirit, I'll confess to not having read the Jazz Age novel since the Carter administration, and will spare you the how-this-movie-ruins-the-book screed. Instead, allow me to lay out some concerns about how Baz Luhrman's infatuation with re-inventing classics and dispensing glitter undermines his film adaptation. This Gatsby isn't the delirious train wreck some of us feared (or hoped) it would be, but it's not a success, either. And if these complaints seem petty, well, everything about this film seems to encourage a viewer to process it superficially.

A Bit of Everything: Luhrman seems determined to shoehorn the novel into a variety of user-friendly genre slots: noirish mystery, melodrama, music video and even rom-com (the first hour got a lot of laughs). And somehow, a short book got turned into a very long movie.

Framing Devices Galore: The story, set in 1922, is narrated by Gatsby's pal, Nick Carraway (Tobey Maguire), who, in 1929, is in a sanitarium. He relates the story to his doctor and writes it up as therapy; his spoken words (both handwritten and typed) also appear on screen. And, we begin and end the story going through monogrammed "JG" gates.

Playing the Part: Gatsby is intentionally theatrical, but that archness makes some scenes resemble an expensively produced high school play. Too often, exuberant behavior is cartoonish, while elsewhere the characters' disaffected ennui is flat and dull. The lavish party scenes are like a casting call for RuPaul's Drag Race — all shrieking, sparkly feathers and candy-colored bathing suits. Speaking of which: Is Daisy (Carey Mulligan) wearing a cheap wig?

Oh Dear, Old Sport: Leonardo DiCaprio seems a reasonable facsimile for Gatsby, the boy from nowhere who re-invents himself partly through costumes and affected speech. But no matter how dreamily DiCaprio is photographed (loved the pink suit, darling!), he remains a mannequin, offering us little emotional entry into Gatsby's tragedy.

Script by Cliffs Notes: Every theme is spelled out and repeated, as if this story of the disillusion of the American Dream is too hard for any of us in 2013 to understand. And that green light Gatsby can't stop staring at? You'll see and hear a lot about it.

Beat On Ceaselessly: "You can't repeat the past," we're told. And I'd add: You can't make it 3-D, either. Luhrman's decision to do so is totally unnecessary, unless you like dizzying plummets, and glittery things and dress shirts tossed in your face.