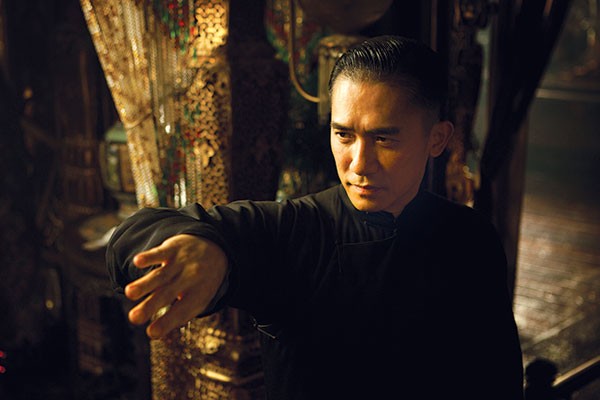 A lover and a fighter: Tony Leung as Ip Man

Here's a line of dialogue you won't find in many tragic romances: "That Crushing Fist is quite something." Or this: "The 64 Hands have endless variations." Both are spoken in the first reel or so of The Grandmaster. The new film by arthouse favorite Wong Kar Wai is essentially a romance about two people thrown together by circumstance and kept apart by war (though the opposite is also true). But because it also tells the story of Chinese kung-fu legend Ip Man — whose students included Bruce Lee — its two hours harbor a half-dozen or more extended hand-to-hand battles.

We meet Ip (Tony Leung) in the 1930s, during China's regional kung-fu wars. He and martial-arts scion Gong Er (Zhang Ziyi) meet brutal, in a sensually charged fight scene. But the Japanese invasion forces Ip to flee to Hong Kong, and though the lovers meet again, fate has other plans.

Leung and Zhang are beautiful, charismatic and graceful, and the battles (featuring some wire work) are wonderfully stylish. With its sumptuously emotive music and even lusher visuals — including fights in the rain, the snow, and various breakable interiors — The Grandmaster should please fans of both romances and kung-fu dustups. In Mandarin, with subtitles.