The Government Center finds a new location and a new vision 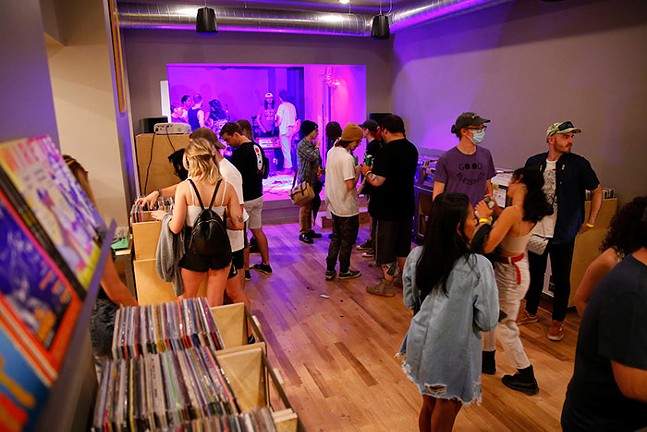 CP Photo: Jared Wickerham
Customers walk around the Government Center record store on East Street in Pittsburgh's North Side before an evening of shows on Fri., Aug. 13.
After opening its original location on East Ohio Street in January 2019, The Government Center has quickly become a favorite for Pittsburgh record collectors. But it’s not just a place to buy and sell music, the shop also doubles as a venue for local and traveling bands. Now, the record store has moved a few blocks away to a new, larger space on East Street in the North Side, and the move has resulted in big things coming. For owner Josh Cozby and events coordinator Derek January, the changes are welcome and exciting.

Cozby says they were presented with the opportunity to buy a building that would allow them to have more financial flexibility, which was important in their decision to move to East Street. Their new location is a lot larger than their previous spot, which was a big deciding factor.

That means they now have even more space for records. “But more importantly, we got space for a stage where we can properly host live events,” says Cozby. “And then in our building, we're also putting in an espresso bar. There's a tenant space for what, eventually, we think, will be some sort of bar and small food operation.”

January says the space for the retail store is particularly exciting because it’s a place where people can gather whether or not they are in the market for a record. Many local spaces that would have served as social hubs have closed down, some due to the pandemic, and so The Government Center hopes to bridge the gap.

“We have a really unique opportunity given where we are to bring a lot of people in … not just for records, but for some entertainment, community, food, drinks,” says January. “And that may be, in turn, what will start them being a record collector.” 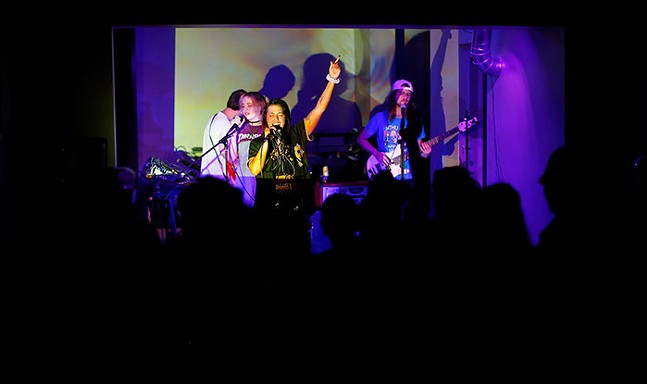 CP Photo: Jared Wickerham
Pittsburgh rapper Lys Scott on stage at the Government Center on Fri., Aug. 13.
Cozby and January actually met at the shop. Cozby moved to Pittsburgh three years ago with his family after being a public school teacher in Oregon. He says he wasn’t crazy about the place he was living, always had a dream of opening a record store, and Pittsburgh seemed like just the place to start a business.

January was a customer when the shop had only been open for about a month. Cozby mentioned to January that he wanted to throw a big grand opening party, but he was new to town and didn’t have the connections to local acts and other businesses to pull off such an event. So he brought January on board, and he continues to run events for the shop.

January is a Pittsburgh native who grew up in the Fox Chapel area. He went to Duquesne for media management and production and later worked in marketing and promotions for Stage AE, and spent some time at iHeart Radio before coming to The Government Center.

For both Cozby and January, music is more than just their jobs.

“As I've gotten older and life presents different challenges, it's still sort of the same. [Music] is this thing that I use to kind of process what's going on in my life, to get me out of my own head and see things from another perspective,” says Cozby. “You know, listening to diverse voices and ideas in ways that I might not in my normal life.”

The same is true for January, who has played in a few bands himself. 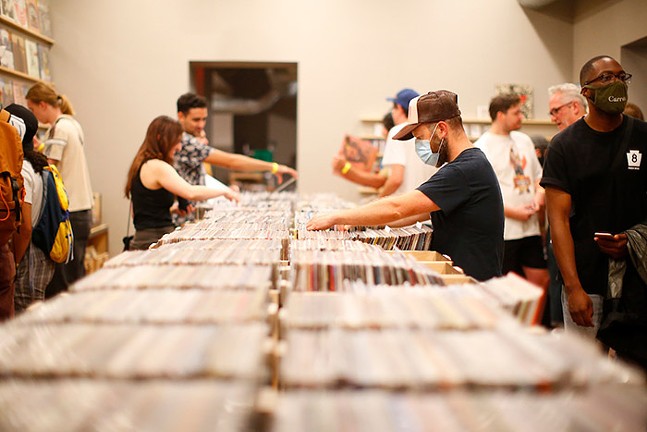 CP Photo: Jared Wickerham
Customers browse through records at the Government Center.
“Music, I feel like it shaped my personality, you know, music shaped who I am. It's connected me to so many people,” he says. “Music is everything to me and it always has been, so getting to work in an environment where we are connecting with people, where I'm constantly meeting people who feel the same way. It’s the best job ever.”

While the advent of streaming services virtually wiped out the need for buying physical media, there is still a market for vinyl, and you can find record collections in many homes in Pittsburgh and beyond. It has persisted as a form of music listening, in part, due to its affordability, but, according to Cozby, it also allows for a specific connection with the artist who created the music.

“I think, in that sense, it's literally, and kind of metaphorically, a connection with the person who made it, with the artist,” says Cozby.

This connection to the artist is what keeps people coming into The Government Center, and with the new space, the pair hopes people may initially come for the records or live music but stay for the new amenities being added to the venue.