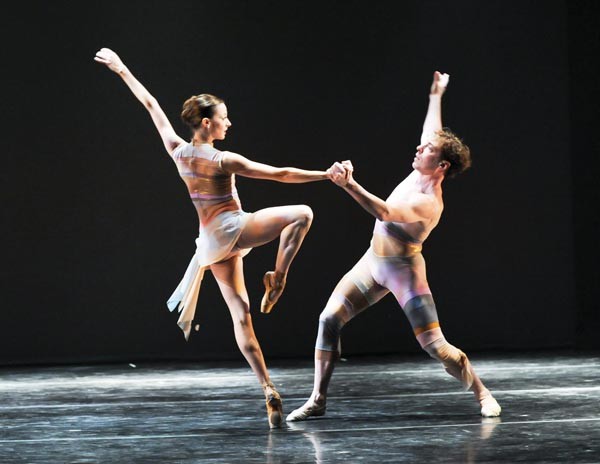 BALLET UNDER THE STARS

It's been a busy summer for Pittsburgh Ballet Theatre.

Last week, in the run-up to its annual free, open-air performance at Hartwood Acres Park, the company performed at the Jazz Dance World Festival, here in Pittsburgh. Right now, PBT is doing an eight-day tour of Israel — the PBT's first international tour in nearly 20 years. The tour includes an appearance at Israel's largest dance celebration, the Karmiel Dance Festival, an annual three-day festival that showcases some 10,000 dancers and draws upward of 300,000 spectators. The tour also stops in Haifa, Rishon LeZion and Kfar Menachem.

Upon the troupe's return, it's off to Hartwood Acres on Thu., Aug. 16, for Ballet Under the Stars. The program includes George Balanchine's virtuosic "Sylvia Pas de Deux" (which the company toured in Israel); Dwight Rhoden's elegant "Chromatic," a work PBT premiered in February; and, for the first time, excerpts from legendary Danish choreographer August Bournonville's romantic ballet Napoli Variations. Beginning at 5 p.m., prior to the performance, there will be free family activities and a ticketed VIP picnic.

The 24th edition of PBT's Hartwood Acres show is both a great way to spend a summer evening and an appetizer for the PBT's new season. The season kicks off in October with the classic Giselle. That's followed by The Nutcracker; Jorden Morris' box-office smash Moulin Rouge; a program titled Unspoken, featuring works by Balanchine, Antony Tudor and Mark Morris; and Cinderella.

Hartwood will also serve as a coming-out party of sorts for newly promoted dancers Christine Schwaner, from Brazil, who ascended from soloist to principal dancer, and Spokane, Wash.'s Amanda Cochrane, promoted to soloist.

"When I looked at my contract [for this season] and saw the word ‘soloist,' I was so happy I hyperventilated and almost fainted," says Cochrane, best known for her role as Tinker Bell in last season's Peter Pan.