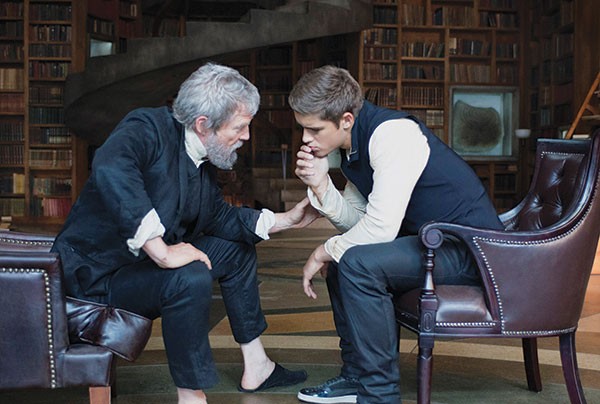 In the future, humans live in a self-contained space atop a cloud-shrouded mesa, a bland planned community where emotions are chemically suppressed and everything is orderly. Young people are assigned careers, and it's Jonas' privilege to be the "Receiver." He will work with the reclusive "Giver" (Jeff Bridges), and through some unexplained mind-meld process become the repository of humankind's suppressed history via transferred memories. Needless to say, once Jonas (Brenton Thwaites) gets a taste of real life — from fun stuff like sledding to troubling glimpses of war — fake life looks seriously messed up, and he conspired to restore the agency of humanity back to the people.

Phillip Noyce's adaptation of Lois Lowry's dystopic young-adult novel begins with an interesting premise, but in the latter half, it trades its talky sci-fi-ish thoughtfulness for more typical Hollywood fare: a budding romance and an action-y escape. I could have used some more background — is this community all that's left of mankind? Why is everybody white, when other races appear in the memory flashbacks? (Full disclosure: I have not read the book like apparently everybody under 30 did in school.) Thwaites embodies such a pleasant young man dutifully playing out an expected narrative, that I never got any sense of this risk, or larger consequences of his rebellion.