An ambitious new play re-examines the wrenching 1995 story of Jonny Gammage, a black man who died in the custody of white police. 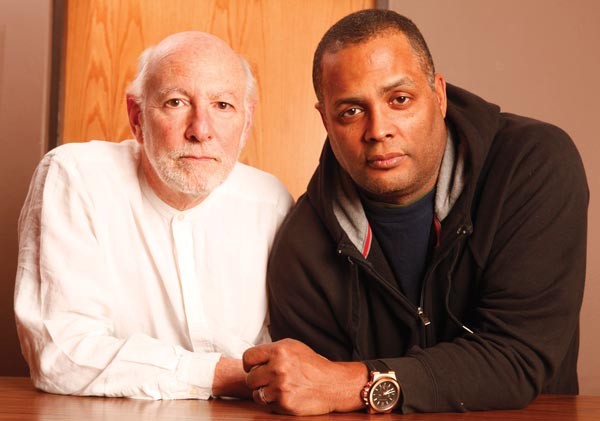 On Oct. 12, 1995, black businessman Jonny Gammage died at the hands of five white policemen at a routine traffic stop just inside Pittsburgh's city limits. Shortly thereafter, Mark Clayton Southers changed his route to work so he would no longer pass the spot on Route 51 where Gammage died of "positional asphyxiation." Southers, a black man about Gammage's age, was that shaken.

Though then employed as a heavy-equipment operator at U.S. Steel, Southers had begun acting on local stages; eventually he founded his own company and became an accomplished playwright. And in 2010, when University of Pittsburgh theater professor Attilio Favorini asked him to co-write a play about the Gammage case, Southers agreed.

But the gig didn't last long. Researching and writing a play about an unarmed young black man suffocated under the weight of five cops got to him. "I wasn't prepared for the emotional impact of looking at factual information, and looking at the coroner's reports and being faced with the realities of life in my own city," says Southers.

Favorini completed the play alone. Now, with Southers directing, The Gammage Project opens on Feb. 9. And the play, a co-production of Pitt's Repertory Theatre and Southers' Pittsburgh Playwrights Theatre Co., reopens an infamous case that cast race relations in Pittsburgh in a newly disturbing light.

Gammage, 31, of Syracuse, N.Y., spent a lot of time here running business ventures with his cousin, Pittsburgh Steelers defensive end Ray Seals. Brentwood police Lt. Milton Mulholland pulled Gammage over for alleged erratic driving. Seven minutes later, after the arrival of four additional officers from Brentwood, Baldwin and Whitehall, Gammage lay dead. After a coroner's inquest, a jury recommended that homicide charges be filed against all five officers. But only three were charged (with involuntary manslaughter, a lesser offense) and none was ever found guilty. (Gammage's parents later won a civil-rights lawsuit against the police and their municipalities.) 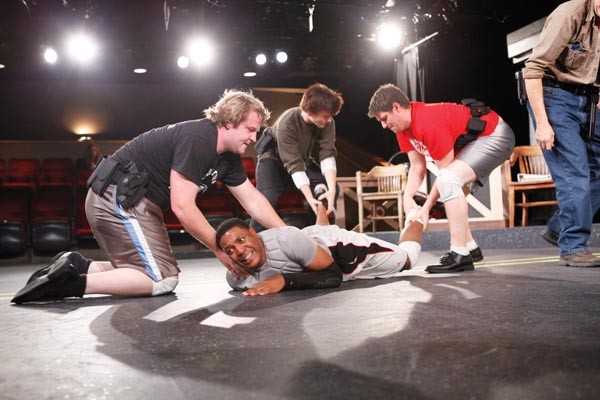 Favorini, who founded the Three Rivers Shakespeare Festival, is a playwright and educator with a long history at Pitt who'd wanted to confront the Gammage case on stage since the 1990s. He was finally spurred by the January 2010 beating of Jordan Miles, an 18-year-old black honors student brutalized in Homewood by three white undercover cops who haven't been charged with a crime.

"I said, ‘This is like rewind here,'" says Favorini. As in the Gammage case, he says, "The cops are all agreeing to stories that don't even add up. ... When Jordan Miles' case came along, I said, ‘We gotta do this now.'"

As research, Favorini interviewed people involved with the Gammage case, from former Brentwood police chief Wayne Babish to former NAACP of Pittsburgh chapter head Tim Stevens, who helped lead protests. In the play, the Babish character, in his later incarnation as an educator at Pitt, guides us through the case, exploring for instance the clannish Brentwood police subculture. Perspectives including those of the police and their defense attorneys were gleaned from court transcripts — which Favorini had to locate himself, because the county's archived versions seem to have mysteriously vanished. Most of the play consists of "found dialogue" from this research, he says.

A wild-card character is "The Joker," a Richard Pryoresque standup comedian who intermittently comments on race relations. The Joker represents "an opportunity for a black voice that was different from a lament," says Favorini.

The cast also includes student actors both as Gammage, played by Corey Talley, and as four of the five police in whose custody he died. Most of the student actors are from out of town and weren't much aware of Gammage's story until this show, though Talley knew about it from his father, who grew up in Pittsburgh.

Sixteen years later, did Gammage's death change anything for the better?

"There was a change in police-community relations for a while, but in recent years the behavior has reverted," says Favorini, citing observations by Babish, Citizens Police Review Board head Elizabeth Pittinger and others.

Describing the Gammage case's impact on racism and police abuse, Southers employs a medical metaphor. "It's like a big bandage was ripped off," he says. "It's right there, bubbling under the surface. ... It's like a bad virus that keeps reappearing in the city."