The fried lobster tail is a must-have at Soul & Sea, but get a chicken wing, too | Food | Pittsburgh | Pittsburgh City Paper

The fried lobster tail is a must-have at the South Side’s newest restaurant, Soul & Sea.

Brittany Houser, who owns the East Carson St. spot with her husband, has been serving the dish since she opened the first Soul & Sea almost three years ago in Penn Hills. An entire lobster tail, shell and all, is breaded, fried, and served with the restaurant’s signature sauce.

The rest of the menu at Soul & Sea is exactly what the name suggests: a mix of soul food and seafood. Houser says it’s not uncommon to hear a suspicious new diner ask, “Whose grandma made this?” after taking a bite of her made-from-scratch menu.

On the "sea" side of the menu, there's shrimp, crab legs, and salmon, while the “soul” is rooted by staples like ribs, wings, and steak. Salads, gigantic pasta dishes, and sides — yams, green beans, mac and cheese, and more — round out the savory side of Houser’s menu. (The City Paper office is in agreement that her greens were likely the best in the city.) 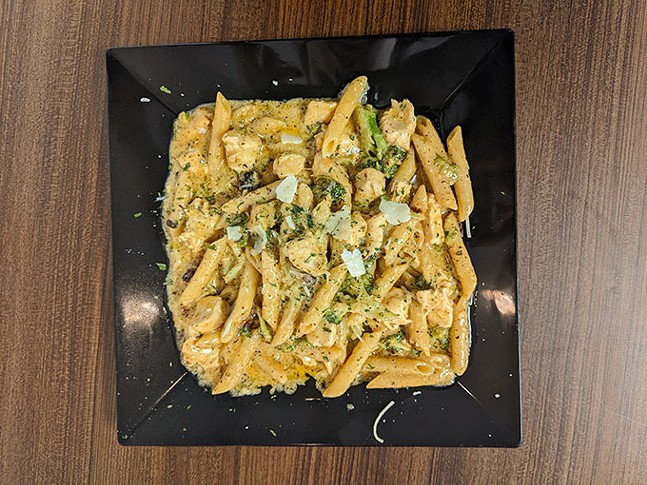 The entree-sized pasta list includes The Don (lobster, shrimp, and broccoli) and The Timmy (chicken, broccoli, and bacon). Though both are listed as alfredo pastas, Houser’s alfredo doesn't resemble the heavy, pasty versions we're used to. It’s full of flavor, but not so heavy on the cream to sit heavy in your stomach.

Coming from the tight-knit community of regulars at their Penn Hills location — which suffered a fire just four months after opening and has since been rebuilt — the South Side was a big change for Houser and her staff. With quick turnover and high foot traffic, Houser says it’s been a challenge to connect with their community as they did in Penn Hills after the fire. Every day brings a new crop of eaters.

And the restaurant's South Side-only, late-night weekend hours are an experience of their own. Houser jokes that now she’s “seen everything,” though in truth, that’s part of her vision. She wants Soul & Sea to be a place where anyone can leave  “feeling like family.” 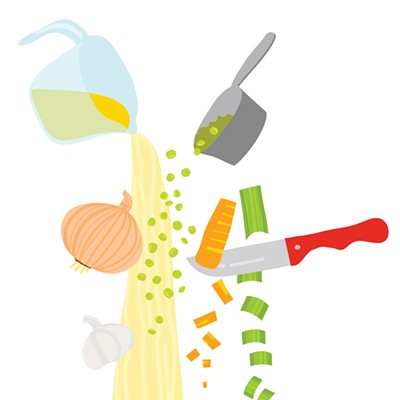