This is a wordy thriller loosely adapted from history, whose primary goal is to entertain, rather than inform or provoke 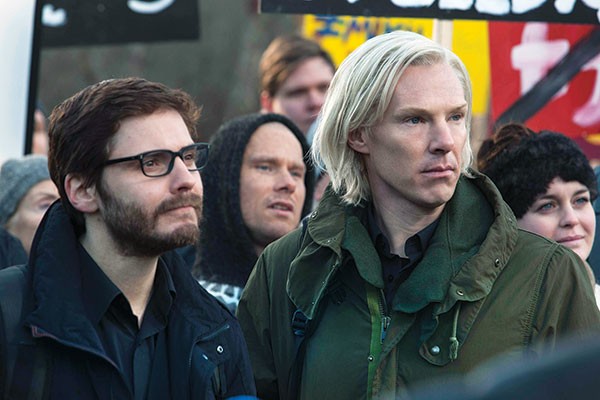 Oh, Julian Assange and WikiLeaks — you seem so yesterday. Now, there's a new high-profile leaker with his own pulp-novel intrigue (Edward Snowden, our man in Moscow), Bradley Manning is Chelsea behind bars, and we're on Twitter complaining that the NSA stole our phone calls or something.

But Bill Condon's thriller The Fifth Estate takes us back to those heady days in 2010 when WikiLeaks scored big — dumping unprecedented amounts of military and diplomatic classified data on the Internet (with highlights in three major newspapers), and generating much necessary discussion about who controls information in such a permeable technology.

In real life, this is a sprawling, complicated and yet-unresolved story. Thus, Condon chooses to narrow the film's focus to the rocky relationship between WikiLeaks founder Assange (Benedict Cumberbatch) and his right-hand man, Daniel Domscheit-Berg (Daniel Bruhl), in the build-up to the 2010 release and its consequences.

While the script gives lip service to the grays surrounding such thorny issues as privacy, transparency of information and accountability, Fifth Estate mostly trades in formulaic good and bad. Domscheit-Berg is cast as the true believer who still raises concerns, while Assange is the sociopathic megalomaniac willing to burn it all down to make his point. Assange is also, according to this film, a 24-hour jerk, the sort who drinks your beer and doesn't chip in for Wi-Fi. (Fifth Estate is adapted from two books by parties who grew disenchanted with Assange, and at least cops to this bias.)

Undermining the seriousness of the subject matter is Condon's non-stop use of Hollywood-techno-thriller clichés: on-point dialogue ("people are loyal until it is opportune not to be"); lame visualizations of the Internet (it's an infinite room full of vintage desks!); thumping music; hand-held cameras; and trumped-up spy-movie intrigue.

Ultimately, Condon doesn't trust us to process an ongoing complex issue with no easy answers; he even concludes the film with polemics re-capping the Big Points. Fifth Element is a wordy thriller loosely adapted from history, whose primary goal is to entertain, rather than inform or provoke. (I recommend the broader, and far more fascinating, account in Alex Gibney's recent documentary, We Steal Secrets: The Story of WikiLeaks, now available for home viewing.)

But for as dumbed-down The Fifth Estate feels, it also violates my rule of "never give the audience a title that has to be explained" — especially if knowledge of the Middle Ages is required. It could have just as easily been called The Big Leak.