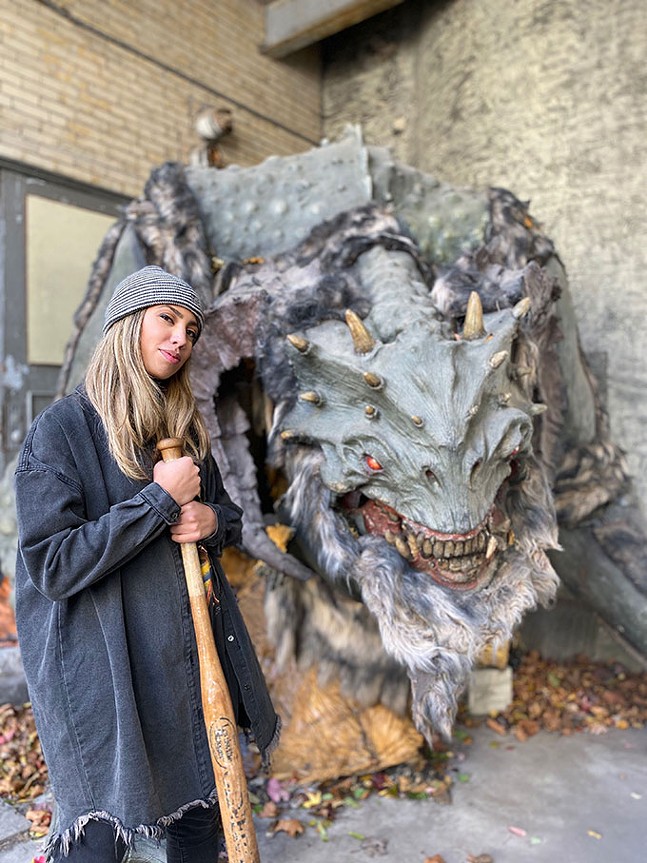 During the weekends at AK Valley Research Park in New Kensington, music can be heard floating up through the rafters at one of the massive campus’ three under-construction buildings. But it’s not a concert or a warehouse party, there is no audience or ticketed entry. These are sessions for the Empty Space Project, which pairs local bands with unfinished, airy construction sites to shoot live music videos.

“Our motto is, ‘Making something out of nothing,'” says DaeMon Palmer, one of the Empty Space Project’s founders. “That’s the reason we partner with different real estate [properties] that are renovating and creating new things in their buildings. We want to showcase the building we’re working in at the moment, and also bring artists in for a piece of the pie.”

The Empty Space Project, which started in January with “minimal resources,” is a collaboration between Palmer, Matt Palichat, and Khalil Malik. The goal is to “force artists out of their comfort zone and showcase the creativity that can come when you have nothing to depend on but yourself,” through “their natural elements when no one is around, and [then] share their raw, unfiltered, moments with the world.” The performances are followed by short interviews and photo shoots, but there's more to it than just documenting a song or band; there's a unique sound and aesthetic to these videos.

“Our artistry is the draw, that’s why we use undeveloped real estate,” says Palmer. “Our goal is to be a consistent hub where people can tune in and find out about new talent throughout the city, but also to bring people together of all walks of life, even businesses as well.”

The idea came to Palmer last winter when he went to check out Malik’s new soon-to-be studio space at Community Forge. Still under construction, Palmer asked Malik what the plan was while it was being renovated.

“He was like, ‘I don’t know, I just want to show people the space,’” says Palmer. “And I was like, ‘Well, why don’t we record artists in here and do live performances?’”

Malik agreed and the very next day Palmer met Palichat at a video shoot for My Favorite Color. A week later, they shot Clara Kent in the space and debuted their first Empty Space music video. Soon after, they recorded My Favorite Color — the video was never released — and then due to financial reasons, the space at Community Forge was lost, never made into a studio, and feeling discouraged, the team put the project on a backburner.

But over the summer, AK Valley Park reached out. Stevie Kubrick, owner of AK Valley Park, and Tristan Kubrick, property manager, dug the idea of “making something out of nothing” and asked Palmer, Malik, and Palichat to come check out their space-in-progress.

“When people say, ‘I love the space and aesthetic you have,’ that traffic, we direct right back to AK Valley Park so they are able to start building clientele and build events.” 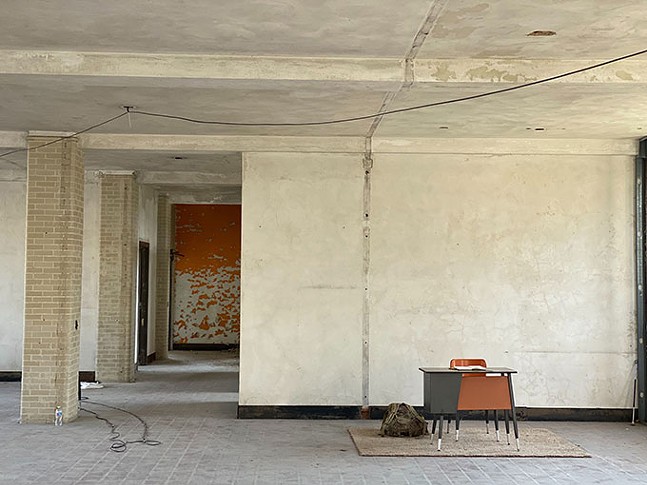 Since Empty Space has three buildings to work with, they start the day by walking the property and finding a spot that they believe “vibes” with the musician. From there, the artist shows up — this is the first time the team and talent talk about the vision — they shoot three takes of a song (artists can choose up to three tracks to perform), the team takes a break, and then they set everything up again for the next musician, shooting two per day on the weekend.

“It’s not premeditated, which comes with its ups and downs because sometimes it might take shoots a little longer," says Palmer. "But the fun part is being able to collaborate on the spot.”

Palmer expects shoots to slow down over the winter, as the cold weather and undeveloped spaces don’t mix well with equipment and vocal cords. But Empty Space will be with AK Valley Park through at least the beginning of 2020 and have plans to bring in touring artists for sessions in the future so that musicians outside of Pittsburgh have the chance to showcase themselves in a new, no frills way, like Lando Ash rapping in a spare stairwell, Moudebabe’s bright freestyle reminiscent of Childish Gambino's “Made in America” video, or Benji.’s one-take performance on the outdoor entrance to a library.

With almost limitless possibilities – an upcoming video features aerial silk dancers – The Empty Space Project showcases the true talent of artists that can sometimes be lost in a crowded venue or on produced recording.