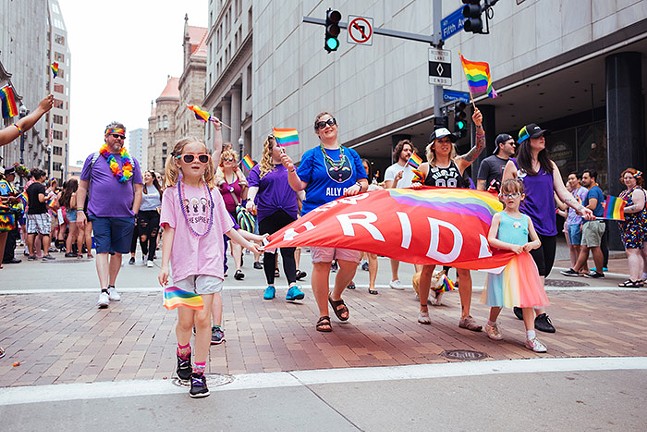 It’s also unclear if the former LGBTQ organization is active and is looking to play a future role in organizing a large Pride festival in Southwestern Pennsylvania again, despite having announced it was dissolving in 2020, or what exactly the reasons are behind the patent applications.

Requests for comment to former Delta officials were not returned. A request to the lawyer who filed the application on behalf of Delta was also not returned.

Before last year, Delta was the largest LGBTQ organization in the Pittsburgh region and for years, was the organizer of Pittsburgh’s Pride in the Streets festival, which held a pro-LGBTQ parade, inviting national performing acts to the city. Weeks before it announced it was dissolving in 2020, Delta announced that it was canceling its Pittsburgh Pride parade and festival due to the coronavirus pandemic, and has not held any events since. But other LGBTQ organizations held many PrIde events in 2021. Local nonprofit TransYOUniting and a coalition of local LGBTQ groups organized a large Pride parade in Downtown Pittsburgh and into the North Side, and other Pride events across the city.

The parade held in 2021 was called Pittsburgh Pride Revolution, but the website for that parade and advertising for a 2022 parade has a header reading “Pittsburgh Pride 2022.” Black and trans-led nonprofit SisTers PGH also has a parade planned for 2022 called, "The Return of Pittsburgh Pride." Additionally, many other groups used the Pittsburgh Pride moniker in advertising Pride events this year, including the Steel City Craft Emporium, Suburban Action Network, Maude's Paperwing Gallery, Camp Davis Campground PA, and others. It is, understandably, a very common way to advertise Pride events. Media organizations like local LGBTQ online publication QBurgh and Pittsburgh City Paper have used “Pittsburgh Pride” in headlines when describing local Pride events.

In its application to trademark “Pittsburgh Pride,” the Delta Foundation provided images of a magazine, T-shirts, and a report from the 2019 Pittsburgh Pride festival as evidence that is has used "Pittsburgh Pride" in the past.