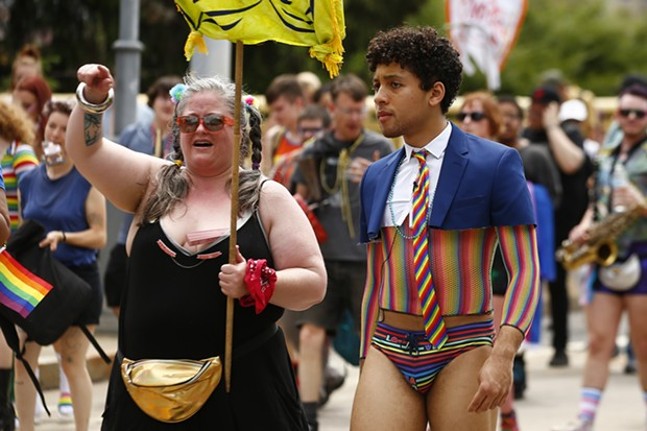 The segment features comedian and Daily Show correspondent Jaboukie Young-White interviewing the leaders of both events, as well as attendees.
When one attendee complains about corporations profiting off of LGBTQIA people, Young-White quips "That's what the 'Q' in LGBTQIA stands for: qorporations."

At the People's Pride, he heard from more voices dissenting corporate-sponsored Pride, including Ciora Thomas, founder of SisTers PGH.

By Ladimir Garcia and Dontae Washington