Rapper Danny Brown, Elvis Costello and The Legendary Pink Dots hit town, as does the VIA Festival 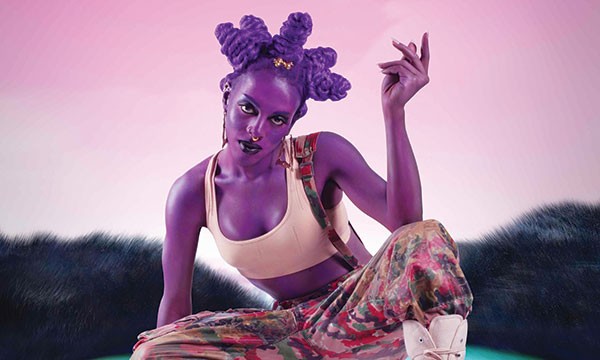 By now, Pittsburghers should know that festival season isn’t just relegated to summer. Kick off your autumnal concert-going with the music portion of the fourth annual Thrival Innovation and Music Festival happening Sept. 23 and 24 at Carrie Furnaces, in Swissvale. This year’s headliners include: EDM duo The Chainsmokers, electro-pop group Chvrches, and elder statesmen of electronica Thievery Corporation. Other big names include Metric, Ty Dolla $ign, Sir the Baptist and a bunch o’ your favorite local acts.

This year’s VIA Festival (Oct. 6-9) happens a little later than it did last year, but the lineup is worth waiting for. Headliners include ESG (this will be the first ever Pennsylvania show for the influential post-punk group), legendary MC Rakim (who will perform the record Paid in Full … in full!) and poet/artist/model/DJ Juliana Huxtable. Other performers include Ben UFO, Empress Of, Rabit, Fee Lion and Aye Nako (to name just a few). The Ace Hotel in East Liberty will serve as VIA’s home base this year.

And though it may not technically be a festival, it is an autumnal equinox tradition: the 25th Annual Celtic Harvest — featuring, among others, Chuck Owsten and the Gypsy Ribbon Band — happens Sept. 23 at Hambones.

Singer-songwriter Joan Shelley appears at The Andy Warhol Museum Sept. 30 as part of the Warhol Sound Series; also for that series, Henry Rollins stops by the Carnegie Lecture Hall Nov. 10 for a spoken-word performance (or “talking show” as he calls it).

Rapper Danny Brown’s appearance at Mr. Smalls on Nov. 2 is probably one of the more anticipated shows of the season. There aren’t too many major hip-hop tours scheduled to hit the city so far, but count on appearances by Post Malone (Oct. 15 at Diesel) and Futuristic (Oct. 17 at Cattivo). 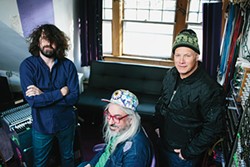 Influential (and semi … er ... legendary) London-based experimental rock group the Legendary Pink Dots appears at Brillobox on Oct. 1. And speaking of artists from that side of the pond, Essex-born noir-pop singer-songwriter and film composer Gemma Ray plays Hambones on Nov. 11.

Multi-instrumentalist (and skilled whistler) Andrew Bird comes to the Byham Theater Oct. 8 (coincidentally, his old band, the Squirrel Nut Zippers, plays the Rex Theater a few days later, on Oct. 12). And on the topic of songwriter-y dudes who have been at this for awhile, Dan Bejar’s project Destroyer comes to Club Café Oct. 10, and Okkervil River plays Mr. Smalls Oct. 16. 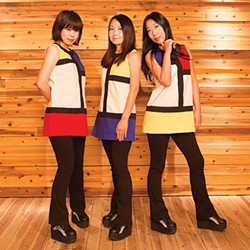 Lookin’ to get in touch with your pop-punk side? Pittsburgh’s own Punchline plays its 37 Everywhere 10-year-anniversary show at the Rex Sept. 30. After finally playing its first show in the 412 earlier this year, Joyce Manor is back Oct. 24. (That one is at the Rex, too.) And on Nov. 3, Osaka-based trio Shonen Knife, which has been spreading its poppy, grungy influence across the world since the early ’80s, stops by Cattivo.

Pittsburghers tend to like their music heavy, and this fall there is no shortage of chances to headbang. With her project Miserable, Kristina Esfandiari brings blackened shoegaze to The Shop on Sept. 24. On Sept. 29, Opeth comes to Mr. Smalls, and Clutch stops by a couple days later on Oct. 1. Gleefully grotesque deathgrind outfit Cattle Decapitation comes to Cattivo on Oct. 5. Melodic death stalwarts Soilwork comes to Diesel Nov. 12; death-metal godfathers Carcass join Deafheaven at the Rex on Nov. 22; and New Zealand technical death-metal band Ulcerate plays the Smiling Moose on Nov. 28.

Listeners of the jammier persuasion need look no further than the Rex: That venue hosts funk-fusion band TAUK on Oct. 5; Pink Talking Fish (a melding of Pink Floyd, Talking Heads and Phish) on Oct. 7; and reggae-influenced rock band Dirty Heads on Oct. 29. 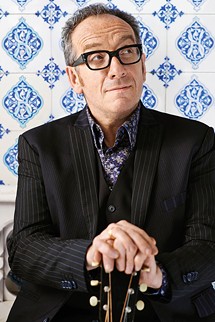 And speaking of heads, there are plenty of old ones coming to town. Graham Nash plays Carnegie of Homestead Music Hall on Sept. 24. Then, in a dad-friendly trifecta, Tom Jones appears at the Benedum Center Sept. 29, Kansas plays that venue Sept. 30, and Styx shows up Oct. 1. Gordon Lightfoot sings about the Edmund Fitzgerald (probably) at the Palace Theater on Oct. 7. And later, on Nov. 1, Elvis Costello brings his sardonic, bespectacled self to Heinz Hall.

Manchester Craftsmen’s Guild always offers quality jazz performances: Among the highlights this season are TIZER on Oct. 7, The Summit: The Manhattan Transfer Meets Take 6 on Oct. 22, and Ramsey Lewis and Ann Hampton Callaway on Nov. 19.