The train ride back to the suburbs just got very, very dangerous 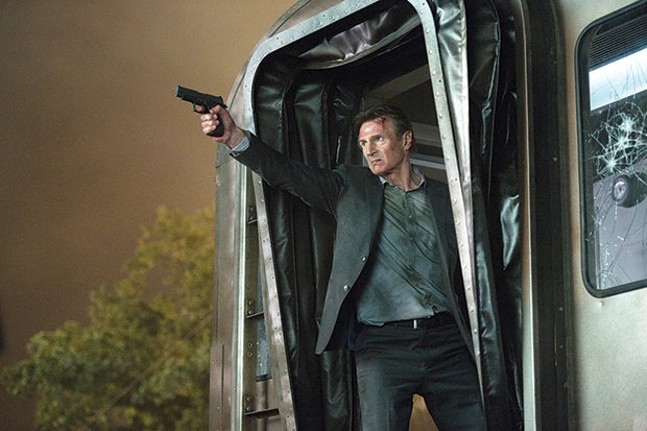 In Jaume Collet-Serra’s absurd but relatively entertaining thriller, Liam Neeson plays an everyman — a financially stressed family man who is just trying to get to his suburban home from Manhattan on the Metro North train. For reasons too dumb and complicated to explain here, he winds up spending the normally uneventful journey variously interrogating, punching and rescuing his fellow passengers. It gives Neeson plenty of time to roam the cars, sorting out red herrings, while also worrying about his wife and his 401(k); first he’s panicked, then he’s out for justice! He may be a mild-mannered insurance man, but don’t count him out when it comes time to jump train cars. The first half of the film is better than the second — it sets up a recognizable character and lets him work through a moral quandary. Then it’s Neeson Action Time, and a series of increasingly ridiculous set-ups and easily guessed plot feints. It’s also about 15 minutes too long, but not bad for a cold winter night, if you like to see Neeson get shit done.

Mark Felt: The Man Who Brought Down the White House