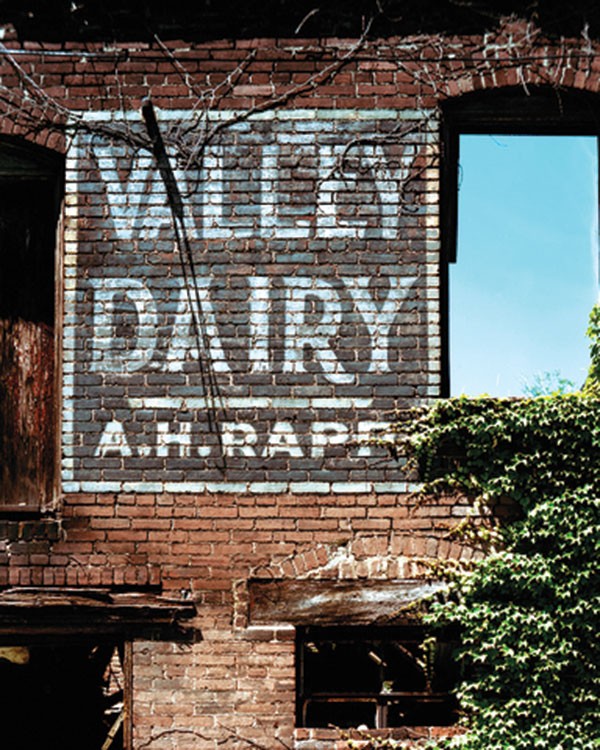 Photo courtesy of Kelly Bogel
One of Pittsburgh's "ghost signs"

To Will Zavala, the old advertisements painted on Pittsburgh's brick buildings were a novelty when he moved here from San Francisco, in 2003. But when he tried to discuss them with a friend, his friend didn't know what he was talking about. Zavala drove to a spot on North Negley, where he could have sworn he'd seen one of the signs.

"I drove around and around, again and again," says Zavala, an associate professor at Pittsburgh Filmmakers. "Finally I found a brick wall where I was pretty sure ... it had been located, and it had been chemical-washed or something. I thought, ‘Well, if anyone's gonna do this, it should be done sooner rather than later.'"

Zavala's project is Palimpsests: Ghost Signs of Pittsburgh, a new exhibit at Filmmakers Galleries showcasing 30 color photographs. Zavala dates most of the ads to the 1930s, with the newest stemming from the 1960s. While certain signs are vibrant and easily legible — "Gold Medal Flour" in Brighton Heights; "Katsafanas Coffee Co." in the North Side — others are too faded to read. Some were painted over older signs, and traces of both are now visible, forming a palimpsest. "Ryan's Ice Cream," in Wilkinsburg, was painted over a Coca-Cola sign. To capture the scale of the signs, project photographer Kelly Bogel used a Calumet monorail 4-by-5-inch view camera, a large-format device not widely used for a century.

The exhibit illustrates the past in several ways. "The language is different," says Zavala. "The businesses are mostly gone. The products are gone. The method of promoting or selling is completely foreign to us now. It just makes me think: If that's the case for something only 60 or 70 years ago, then imagine that [one day] all the advertising today will seem just as foreign. Apple products in the not-that-distant future will seem quaint."

Last November, Bogel went to the North Side to shoot a sign on North Charles and Brighton. Having taken pictures of the spot in April, she was seeking better lighting. But "the building [containing the sign] had been torn down. It was a huge surprise to me. That was one of the reasons why we did the project — to preserve these signs before they do fall apart."