“We don’t want to be thought of as the complaint center.” 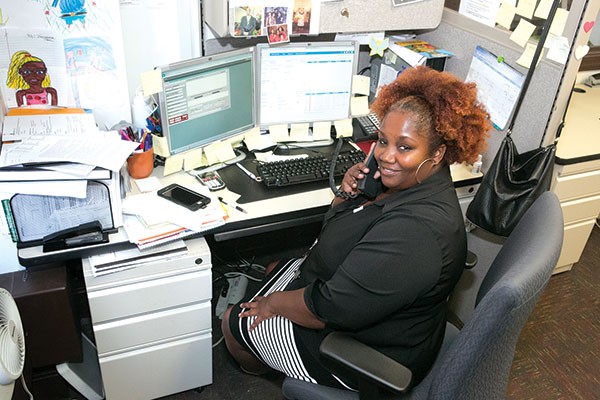 Wendy Urbanic gets a lot of weird phone calls.

As the city of Pittsburgh’s 311 response-line manager, she and her staff handle their share of pothole reports and ordinary requests for repairs to city properties. But as a first point of contact for many city residents, the 311 line’s call log is all over the map.

“We don’t use the ‘C’ word,” Urbanic says. “We don’t want to be thought of as the complaint center. Our job is to provide customer service to city residents who need help with issues that are important to them.”

Next month the 311 line marks its 10th anniversary. It started as a central place for city residents to get non-emergency information, and has spawned a pothole database and a snowplow tracker, and provided answers to questions ranging from the mundane to the bizarre to the romantic.

A sample: One caller wanted someone to investigate trumpet noises coming from the sky. Someone else wanted to know how to handle the neighbor’s noisy pet Canada geese. Another guy just wanted to know how many minutes he had left on his cell phone.

Most calls to 311 are routed either to a city department, such as public works, or one of the other agencies the city works with, such as the Pittsburgh Water and Sewer Authority. And thanks to technology upgrades over the past two years, the 311 process has been streamlined.

In the past, 311 employees would take a request and send it to the appropriate department, which would then note the action to be taken and send the request back to 311 with a status update. But now all requests get a tracking number that goes into a single database, which is integrated with county real-estate information when necessary. (Many of the requests are for overgrown or unsafe properties, which aren’t always on the city’s tax rolls).

While there isn’t always an obvious department to contact for every request that comes through 311, that doesn’t mean that those callers are out of luck. The 311 staff tries to handle a fair number of requests on its own.

For instance, last year, when one of her frequent callers failed to call with her daily check-in, Urbanic requested that city police check in on her. (The woman was in the hospital.) Back in 2007, in addition to multiple requests for the mayor to keep the Penguins from moving out of Pittsburgh, a woman contacted the 311 center seeking a brick from the demolished Greyhound bus station, which held sentimental value for her parents. (They got her one.)

But even with a little extra help from 311 staff, not all of the requests can be resolved, Urbanic admits. A few years ago, a bottle with a note in it dated Dec. 20, 1961, washed up in Temple, Texas. The note read, “This bottle has been thrown from the Norwegian Tank Ship Fagerfuell in the Mexican Gulf,” and included the name and address of a person in Pittsburgh.

They weren’t able to track the person down, Urbanic says.

Nearly 95,000 people called the 311 line last year, and the center processed close to 84,000 service requests. Urbanic expects the 2016 total to top 100,000 calls. She’s proud of the center’s dropped-call rate of 1 percent, which is below the industry standard of 5 percent. And compared to other 311 centers in the Association of Government Contact Center Professionals, Urbanic says Pittsburgh’s center has relatively low turnover.

It hasn’t always been smooth sailing for the 311 center, however.

In 2004, with the city in dire financial straits, then-Mayor Tom Murphy closed the city service center. A couple of years later, Mayor Bob O’Connor began to move forward with plans to reopen the center. When O’Connor died, his successor, Luke Ravenstahl, took on the task.

The service center was rebranded as the Ravenstahl Response Line, and it reopened in October 2006, staffed with three operators and a supervisor. It operated from 8 a.m. to 4:30 p.m. Monday through Friday, and got something of a bad reputation for being inconsistent, which Urbanic readily admits. Results were mixed and the center’s future was uncertain.

But when Snowmageddon hit, everything changed.

The huge blizzard in February 2010 dumped nearly two feet of snow on the Pittsburgh area in 24 hours, crippling the city and much of the Northeast. Urbanic says she barely left the office over the two-day period, and the 311 line was completely inundated with requests for snowplows. Thus began the 24-hour system that’s in place today.

When Mayor Bill Peduto took office, in 2014, he listed upgrading the city’s technology, including the 311 line, among his top priorities. “We were a little worried because no one knew what was going to happen with the new administration,” Urbanic says. “We knew we needed to expand and we were working on a really old system.”

It didn’t take long for Peduto’s administration to follow through: In October 2014, the city announced a three-year contract for $162,000 to upgrade the 311 center and create an app to allow 311 requests from mobile devices.

The integration of Twitter — the @Pgh311 account has more than 7,700 followers — has been a “fabulous, cost-effective way to process requests,” Urbanic adds.

Still, while it’s become more technologically advanced, the 311 line isn’t always able to deliver the results callers are after. Cara Jette has been in contact with the city for two years trying to get a crosswalk repainted in her Allentown neighborhood. Repeated tweets to 311 didn’t yield much in the way of progress by the city until last week, when crews came to paint a crosswalk … at the wrong intersection.

“The system is frustrating for those that follow up,” Jette wrote in a email, “and must be a complete joke for people who don't have the time to follow up because it seems like the only way to get things done is to continually follow up and hope that things don't get lost in translation.”

For her part, Urbanic says it’s gratifying to see the results of 311 requests that are resolved successfully, whether directly or indirectly. She recalled a recent drug bust in a city neighborhood that had started with calls from neighbors to 311.

Says Urbanic, “It’s great to feel like we’re able to keep people engaged in what’s going on their city.”