The Ceiling Stares return with a new single

"We wanted to see what kind of stories we can tell through two songs." 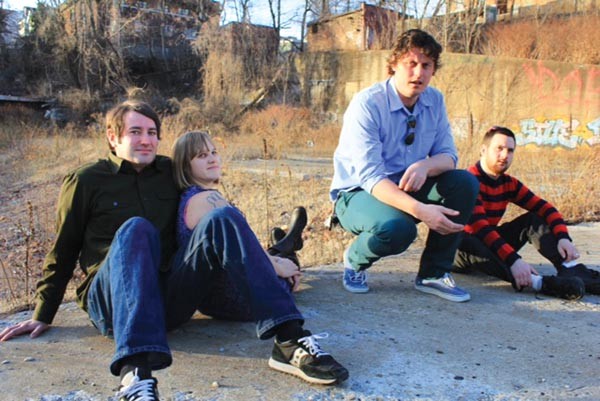 In the game: The Ceiling Stares

If you haven't seen The Ceiling Stares lately, you might not recognize them. The local five-piece is now a local four-piece, having parted ways with a drummer and guitarist, and replaced only the drummer.

"We decided to mimic the national economy and downsize," deadpans guitarist Steve Patchan.

But he and bass player Bill Julin agree that the more streamlined outfit — rounded out by keyboardist Laura Hughes and new drummer Danny Fenner — is as good as the band has ever been, even if things haven't been moving that quickly.

"We've been playing with Danny for about a year now," explains Julin, "but we've only played out with him three times. We've been taking our time. Danny's a family guy, so his time can be limited, but he's the drummer we want."

This weekend, the band releases a new 7-inch single, its second release on the locally run Velocity of Sound Records (profiled in this space last year), whose catalog also includes Nashville acts Pujol and Epic Ditch. So far, The Ceiling Stares — whose other release on the 7-inch label was a split with Super Vacations — are the only active local band associated with the imprint.

Julin says the decision to release another vinyl single instead of something longer was motivated partly by business — vinyl is doing better than CDs these days — and partly by artistic concerns. "We wanted to view things as a singles kind of band," he says. "We wanted to see what kind of stories we can tell through two songs."

The story on the new single — "The Day the Volcano Screamed Death," backed with "Where the River Narrows" — is somewhat ambiguous. But Patchan notes that thematically, the record deals to an extent with "the sort of sinister relationship humans have with nature."

With the lineup solidified now, the band's plan is to hit the road when schedules allow for weekend trips and short tours supporting the single. "We're gonna hit the road," says Patchan, "and show some more people we're putting some skin in the game."