An enjoyable film, but a hokey jumble of melodrama, message and civil-rights history 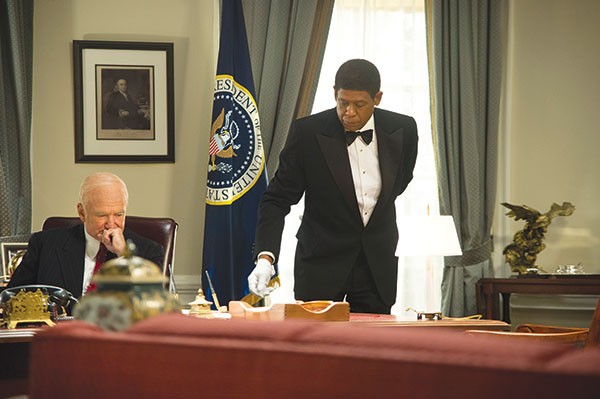 The Butler is an overly ambitious docu-drama that marries one man's story to a century's worth of African-American history, in an entertaining but hokey jumble. Directed by Lee Daniels (Precious), the film is "inspired by"the life of Eugene Allen, whose 34-year career as a White House domestic and butler was chronicled in a 2008 Washington Post story.

In this re-imagining, we follow Cecil Gaines (Forest Whitaker) on his journey from the cotton fields of 1920s Georgia through his more than three decades as a White House butler (from Eisenhower to Reagan). His work is intercut with his home life, and the rocky relationship he has with his son, Louis (David Oyelowo), a civil-rights activist.

Whitaker makes the most of the material, underplaying to great effect. Oyelowo, too, knows that less is often more, but his character is saddled with being a stand-in for Black History 1960-80 — from lunch counters, freedom rides, Memphis with Martin Luther King, Oakland with the Black Panthers and protesting South Africa.

The film is best when it focuses on what these historical shifts mean to Gaines and his family. Cecil and Louis hold conflicting beliefs about what success means for a black man. For Cecil, it means diligently working — even a subservient job in which his greatest skill is being invisible — to provide a safe, middle-class life for his family. But the beneficiary of his sacrifice, Louis isn't about to go along to get along, and is willing to risk everything to change the status quo. (Later in the film, an argument is made that African-American domestic workers were actually subversive, but this provocative statement isn't explored any further.) Cecil retires in conflict, juggling pride and confusion about the role he played in a history that moved faster than perhaps he could navigate.

The Butler is an enjoyable film, well equipped to wring laughs and tears from audiences, until its Hollywood-perfect ending when another black man, Obama, gets a job at the White House. But it overreaches to be too many things at once — a small domestic story about the Gaines household, a witness to nearly a century of African-American history, a civil-rights primer and an uplifting message movie. Packed into two hours, the mechanics show, with whiplash between slideshows of real-life tragedy and trumped-up melodrama. It's the sort of world where a lot of "casual" conversation is pregnant with neat themes. ("You hear nothing, you see nothing — you just serve.")

There's important history within the film — everything depicted likely happened to someone, just not the few archetypes presented here. And it's this dramatic compression that pushes The Butler toward overly earnest self-conscious story-telling, rather than illuminating actual lives lived.