The Blue Wave didn’t crash in Pittsburgh, but Democrats made some ripples 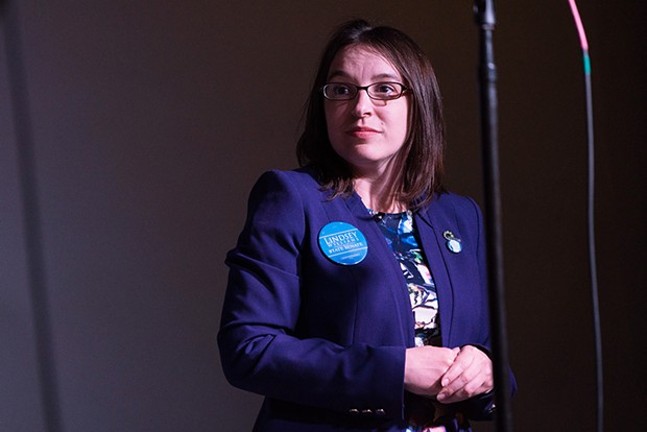 CP photo: Aaron Warnick
Lindsey Williams
After the midterm elections on Tuesday, the Democrats will take control of the U.S. House in 2019, winning 221 seats to seal a majority, with the possibility of adding more seats as results are finalized on the West Coast.

The Democrats also gained several governor’s mansions, and flipped some state legislatures. Some are calling it a wave, while some are not going that far, considering the Republicans are likely to gain U.S. Senate seats after results are finalized.

But in Allegheny County, it’s evident that wave never really crashed down at all.

There were several competitive Pennsylvania state House seats in Allegheny County that were in Republicans control prior to the election. All of them stayed that way.

Four seats were being vacated by incumbent Republicans, and Democrats were hoping to pick some of them off. But they failed. Most Democratic candidates outperformed former presidential candidate Hillary Clinton in these districts by a few percentage points, but some Republicans also out performed President Donald Trump.

The hope that well-known candidates who won easily, like Gov. Tom Wolf (D-York) and U.S. Sen. Bob Casey (D-Scranton), would help down-ballot state Democrats over the finish line never materialized. Even though Allegheny County didn’t flip any seats from red to blue, Democrats did pick up 11 state House seats statewide. The state House will remain in Republican control, but by a smaller margin.

And while the state House was held by Republicans in Allegheny County, Democrats did see some gains in the area.

And political observers may want to stay tuned. With state Sen. Guy Reschenthaler (R-Jefferson Hills) winning the U.S. House race in District 14, the South Hills state Senate seat will be vacated, and triggering a special election. That seat, state Senate District 37, was won by Trump by a 51-45 percent margin.