The Beatles: Eight Days a Week — The Touring Years 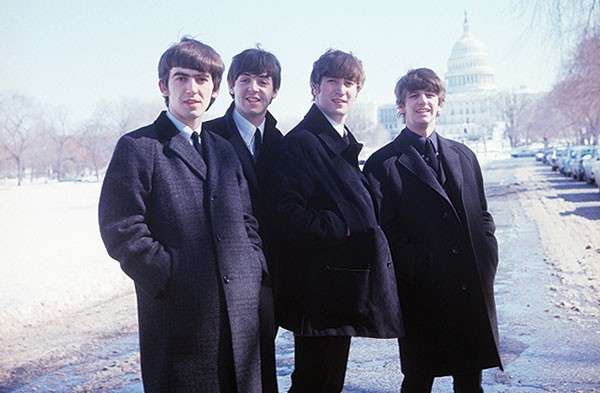 The Beatles in America

Is there anything left to say about The Beatles? And yet, Ron Howard’s new documentary The Beatles: Eight Days a Week — The Touring Years proves surprisingly revelatory and engaging. Howard compiles an impressive array of footage depicting the Fab Four over the mere three years the band toured.

It begins in 1963, during the embryonic days banging away in England’s small clubs (with some gorgeous color footage of the lads singing “She Loves You”) and on through the giddy, triumphant U.S. “invasion” in 1964. 1965 brings stadium shows, as much for security reasons as to accommodate the number of fans. The film wraps up with the drudge of the 1966 world tour, where, after its last show ever, the world’s biggest band is shoved unceremoniously into the back of an armored van.

All the archival footage is supplemented by explanatory interviews, some of them archival and others, including from Paul McCartney and Ringo Starr, contemporary.

Viewing the footage in the 21st century is a gas: How impossibly young the Beatles look, and how utterly and delightfully mad their crazed fans are. (“Their hair!” shriek several girls.) Our more seasoned eyes also take in how the media scrambles to cover a cultural phenomenon that is exploding faster than they can process.

But what’s paramount: how cheeky, fun and talented the Beatles were. These years are well worth a revisit.

Ringo Starr and his All-Starr Photographers

Music To Sweep To 11: The Beables