The Battle of Homestead Foundation’s The Homestead Strike of 1892 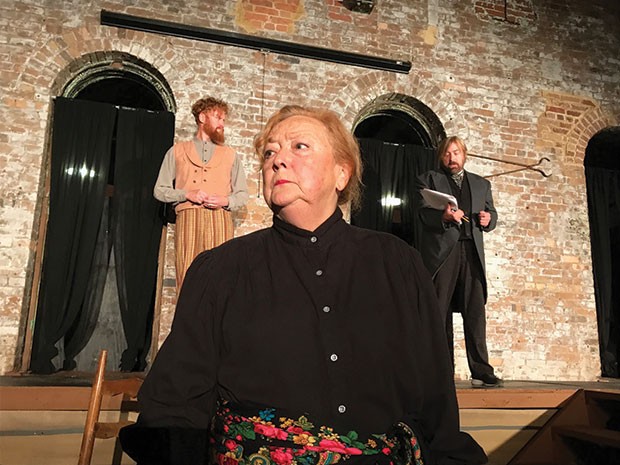 THE HOMESTEAD STRIKE OF 1892

After 125 years, the indignation has not waned. The play The Homestead Strike of 1892 is misnamed, although the event it depicts is usually called a strike by historians. This decisive and divisive clash between management and labor was, strictly speaking, a lockout of the employees, not their refusal to work. What happened next is better captured by the name of the co-producer, the Battle of Homestead Foundation.

Homestead’s writer and director Mark Clayton Southers, founding artistic director of the Pittsburgh Playwrights Theatre Co. (the other collaborator in this world premiere) faced some huge challenges. The Homestead Massacre (the name it’s best known by in the Steel Valley) involved hundreds of people, huge spaces and several days — not counting the run-up and the aftermath. The solution: more narrative than stage “business,” and actors multi-cast in many roles on various sides of the conflict.

The only two people who stay themselves are the villains of the piece, Henry Clay Frick and Andrew Carnegie. Contemporary critics crowned the former “the most hated man in America” and mocked the latter’s philanthropy as “fire insurance” against his judgment in the hereafter. Michael Lane Sullivan and Mel Packer do justice to the steel magnates. Though central to the action, Homestead isn’t about them.

The fast pace of this one-act means that actors morph very quickly from one character into another who’s almost the complete opposite. Consider Jonathan Visser, as an unctuous lieutenant to Carnegie, a scared and very human Pinkerton who dies, and the upright John McLuckie, Homestead burgess (equivalent of mayor), plus unnamed folks.

Also convincing in “changing sides” is David Crawford as an unnamed but very informative puddler and as Mr. Pinkerton himself, a lesser villain. Matt Henderson is impressive both as a dedicated union organizer and a nameless Frick friend who ends a discussion of fishing with a flippant reference to the then-recent Johnstown Flood.

Yes, Frick, Carnegie and their buddies were indeed involved in one of the biggest man-made disasters in U.S. history, but succeeded in dodging all legal and financial liability. Homestead’s conversation is unabashedly ahistorical and admitted as such by the Narrator (Paul Guggenheimer), who provides third-person observation. The inimitable Wali Jamal portrays the contemporary first-person point-of-view. Sara Fisher-Ventura adds another outsider’s view as activist Emma Goldman, conveys the agonizingly intimate pain of a steelworker’s widow, and provides a fine voice for the finale’s song.

If I quibble with Homestead, it’s in Southers’ omitting the final clause of the famous last message from Frick to Carnegie: “Tell him I’ll see him in Hell, where we both are going.”

It’s important that before you take your seat that you peruse the historical displays outside the Pump House (the only survivor of the Massacre) that will introduce you to some of the stories and people you will soon encounter.

A new production gives the August Wilson House back to Seven Guitars — and Wilson himself back to the Hill. 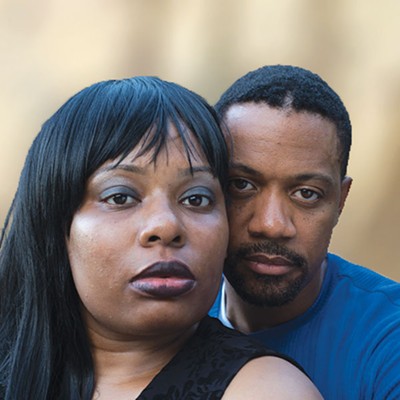 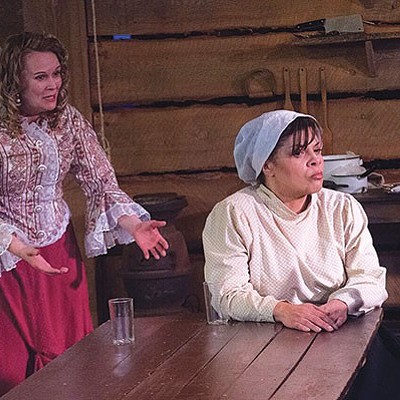