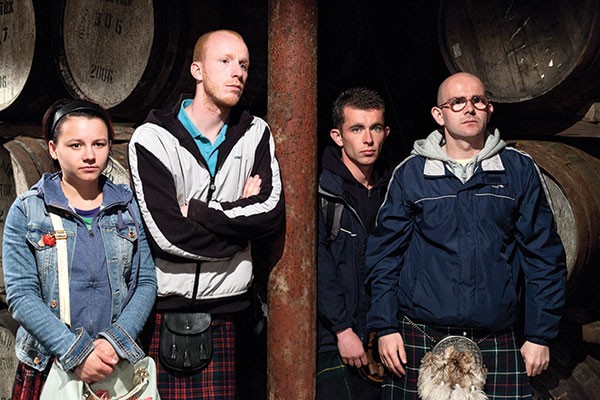 Robbie Emmerson (Paul Brannigan) is angry. He's 24 years old, the product of hoodlum parents, and he's doing 300 hours of "community payback" in Glasgow for beating up some guys. He has a patient and sensible girlfriend, a good influence, who just gave birth to their son. And he vows he'll never hit another man so his son's life can end the generational cycle of wasted lives.

Ken Loach, the leonine British director, has spent half a century making socially conscious working-class character dramas like The Angels' Share, and this one is among the finest in his canon, a beautifully acted film of quiet intensity and gentle humor. It's crisply shot and tightly edited, and yet, it feels like a raffish slice of life, heightened by Paul Laverty's intelligent script.

We learn the meaning of the film's title when Robbie tours a distillery. Every year, about 2 percent of the whiskey in every cask evaporates: This is the angels' share, and what's left after 20 or 30 years of care is the best of what the cask has to offer. It's the most elegant metaphor I've heard in as long as I can remember in a mature and inspiring drama that follows Robbie as he tries to distill his anger and join society.