The AMERICAN WOMAN project seeks to highlight black women, but a similarly titled CNN project could overshadow it

“I wanted to start a dialogue, and I also wanted it to be very visual in that, well, what does America look like?” 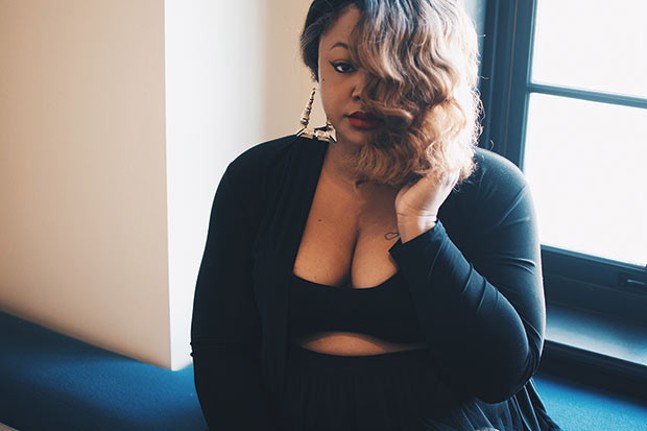 Photo courtesy of Sarah Huny Young
Self-portrait of the artist

Since launching her AMERICAN WOMAN project in July 2016, Sarah Huny Young has interviewed nearly 70 black women in major cities across the country. Each participant in the multimedia photography/documentary series was asked the same six questions, including what came to mind when they heard the term “American Woman.”

“And 95 percent of them said ‘a white woman, a blond woman, Jennifer Lawrence … gingham dress, housewife, Donna Reed,’” recalls Young. “Those are the things that come to mind even for black people, who have been in America for centuries.”

Those answers, of course, were no surprise to Young. They underscored her reasons for starting the project in the first place. AMERICAN WOMAN — which received a grant from the Pittsburgh Foundation and the Heinz Endowment’s Advancing Black Arts in Pittsburgh Program — is meant to challenge and subvert those ingrained assumptions. It’s a project about visibility, but also, Young says, about black women presented as art, and about taking up much-deserved space in majority-white art spaces. “I wanted to start a dialogue, and I also wanted it to be very visual in that, well, what does America look like? Because all of these women are American.” 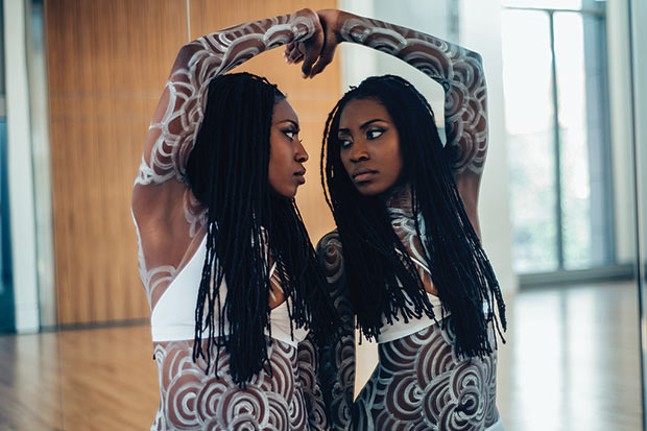 Many of Young’s stunning AMERICAN WOMAN portraits can be seen online — her subjects include, to name just a few, Pittsburgh-based activist and artist Joy KMT; We Are Never Meeting in Real Life author Samantha Irby; and Charlene Carruthers, who is the national director of the Black Youth Project 100. Intersectionality was an important aspect of this project for Young, and she has been intentional about including transgender women and non-binary people, as well as women from a range of age groups (including Young’s own mother). In its final incarnation, the project will feature a full-length documentary and gallery show.

Now, however, the visibility of the project itself is being threatened. On Jan. 3, CNN anchor Brooke Baldwin launched the conceptually and aesthetically similar series American Woman With Brooke Baldwin. Citing the Women’s March and the #MeToo movement as inspiration, Baldwin interviewed various celebrity women — including Betty White, Pat Benatar and Ashley Graham — about their experiences as women in America. Baldwin’s project features a wide age range, but aside from director Ava DuVernay and actress/writer Issa Rae, most of the women in eight-part monthly series are white. 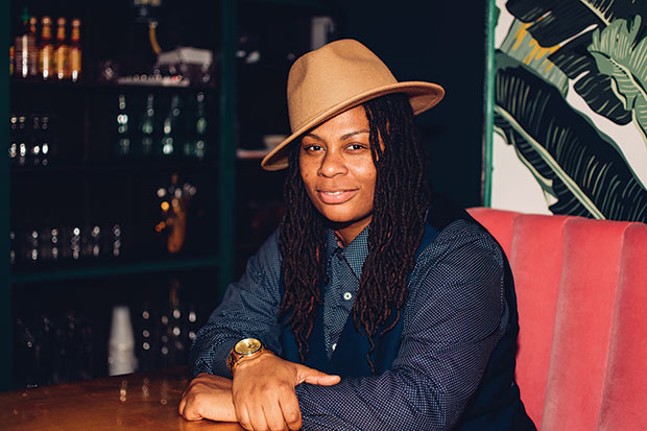 After being alerted to the CNN project by a friend, Young quote-tweeted Baldwin’s announcement,  saying “… my series, AMERICAN WOMAN, which features Black American women exclusively has been out for about 18 months now.” That was retweeted more than 300 times, and dozens of Young’s supporters sent Baldwin and CNN tweets of their own. If Baldwin didn’t know about Young’s AMERICAN WOMAN before, it’s unlikely her Twitter mentions have allowed her to stay in the dark.

It’s not that Young thinks that CNN straight-up stole her idea: “I’m trying to extend the benefit of the doubt,” she says. “My official position is that I don’t think there was malicious intent. … I don’t believe that Brooke Baldwin sat down at her computer a year-and-a-half ago, saw my project and said, ‘I’m going to steal this.’”

What Young, an occasional City Paper contributor, does believe is that CNN failed spectacularly to do its due diligence in making sure a project with the same name didn’t already exist. A little Googling would have brought up the project, which was featured, among other places, in The Root, in March 2017. Young (and, by extension, her project) was also featured on that website’s annual Root 100 alongside Beyoncé, Colin Kaepernick and Jessica Williams. Young says she did extensive research before launching the project in order to make sure nothing similar existed.

Young believes that Baldwin’s motives with the CNN project are genuine — it makes sense, Young notes, to profile women at this moment in history. But, in addition to creating a potentially expensive marketing issue for Young, preventing CNN’s project from overshadowing her work will cost a lot of extra time and money. It also works against Young’s goal of placing black women in the spotlight.

“The differences aren’t enough for [Baldwin] to think this wouldn’t be a conflict,” she says. “And there is no doubt in my mind that the brand confusion will be a huge problem for me, not for CNN, because they’re CNN ... It buries my project completely. … It really disrupts not only my marketing efforts but further opportunities that I wanted to take.”

For Young, the whole situation recalls issues surrounding the recent #MeToo campaign and activist Tarana Burke (who also happens to be one of the first subjects Young shot for AMERICAN WOMAN). When actress Alyssa Milano began promoting the hashtag in response to allegations surrounding Harvey Weinstein and others, many women of color noted that Burke had launched a Me Too campaign a decade earlier, specifically to protect black women and girls. “So, people were angry,” Young says. “They felt like it was erasure, and that a black woman’s creation and movement had been co-opted for a broader usage without her being credited for it.”

Milano was receptive to these concerns and began publicly crediting Burke and involving her in press around #MeToo. (Burke’s most recent high-profile appearance was as actress Michelle Williams’ guest at the Golden Globes.) “I think that was a great move on [Milano’s] part,” Young says. “I think that’s what an ally is supposed to do.”

And she’d like to see Baldwin take a page from Milano’s book, using her influence to include Young’s project in the spotlight. At the very least, Young would like to see a name change for the CNN project — “Even just ‘Brooke Baldwin’s American Women,’” she says. In addition to the branding issue, she says, “That title means a lot to me.”

“This isn’t, of course, to say that I’m the only person that gets to celebrate women in the U.S. or that I have ownership of the title or moniker ‘American Woman’ in any way,” Young wrote in her official statement about the issue. “However, that the original AMERICAN WOMAN series is very specifically about black women in America — American for multiple generations, first-generation American, or American via naturalization or dual citizenship — is a very important distinction that I intend to protect. … That I named it AMERICAN WOMAN and not BLACK AMERICAN WOMAN is very purposeful.”

Young has yet to hear anything from CNN, but she’s not planning to let the issue rest.

“I think that if Tarana and her community wouldn’t have advocated for her to be involved in those conversations around #MeToo, I don’t think [she] would have gotten the visibility that she did, which she deserves,” Young says. “I think that would be ideal if I could get some kind of visibility for my project on a platform of that size.”

Young says she is frustrated because the experience is like “[b]eing invisible again, which is an ongoing issue with women of color in the world and in this country anyway … just being othered constantly … being pushed to the side when something bigger and flashier comes along.”

Considering the project was meant to highlight black women, Young says, “It’s actually hilarious how ironic all of this is.”

Five years in, Mostbeautifullest has altered Pittsburgh's nightlife scene for the better