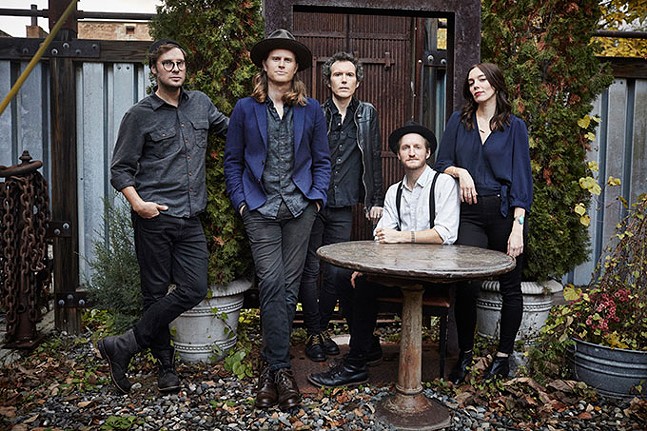 On Tuesday, The Lumineers touch down in Pittsburgh to support their third album, III, with a show at PPG Paints Arena. Pittsburgh City Paper chatted with The Lumineers' Wesley Schultz for The 412, CP’s feature where you can stay up to date with your favorite bands/musicians and learn fun, random tidbits about them.

What’s currently in your fridge?

I don’t have a fridge. I have a cooler with some wine in it, some kefir, and coconut water. My wife has a premixed custom Negroni.

Name three items you would buy at a grocery store to make the cashier feel weird.

If you could rename peanut butter, what would you call it?

Peanut is not a nut, it’s a legume. You could call it legume butter, but it doesn’t have quite the ring.

What’s one food you could eat forever, without getting sick of it?

Name an out-there random fact that most people don’t know.

Michael Jordan has that “Jumpman” logo, he’s wearing pants, and no one ever notices that.

What’s the weirdest thing a guest has ever done at your house?

I had a guest leave and then break in and give me wine that was my own wine — he presented it like he had bought it for me. So, he stole my wine, gave it back to me, and broke in without us figuring out how he did it — we still don’t know to this day.

What’s the weirdest thing you’ve seen at someone else’s house?

I saw a human-sized bird cage in a house one time, hanging from the ceiling. It was suspended, and looked medieval almost, gothic.