Five films, on topics from eagles to Earth, close out the final week 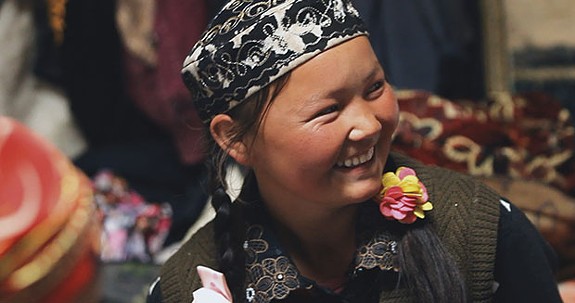 Aisholpan Nurgaiv, in The Eagle Huntress

The Carnegie Mellon International Film Festival: Faces of Identity continues through Sun., April 9. Unless noted, films screen at McConomy Auditorium, on the CMU campus, and are $10 ($5 students/seniors). A complete schedule, including guest speakers and specials events, is at www.cmu.edu/faces. Some recent films screening this week:

HOME CARE. Slávek Horák’s recent Czech dramedy checks in with a home-care nurse who realizes she might need some help herself. In Czech and Slovak, with subtitles. 7 p.m. Wed., April 5

THE EAGLE HUNTRESS. In the remote Kazakh region, a teenage girl (with the help of her father) defies tradition by training to enter an eagle-hunting competition. Otto Bell directs this recent uplifting documentary, which is also a fascinating ethnography depicting a group of people, who despite some contemporary trappings, still live by the old ways. In Kazakh, with subtitles. 7 pm. Thu., April 6

THE AGE OF CONSEQUENCES. The connection between current and potential geo-political unrest and climate change is laid out in Jared P. Scott’s sobering documentary. Among those who express grave concern are folks with extensive military backgrounds, who cite disruptions in global food supply, and water crises (floods, droughts) as catalysts to dangerous instability and likely violent conflict among world populations. 7 p.m. Fri., April 7. CMOA Theater, Carnegie Museum of Art, 4400 Forbes Ave., Oakland

BETWEEN FENCES. Avi Mograbi’s documentary checks in with a group of men held in a geopolitical limbo. They are refuges from Africa, and now live in Israel, but in restricted circumstances, held within an encampment and sometimes a nearby detention center. Frustrated, they use theater, spoken word and other performance techniques to share their plight. In English, and Hebrew, Tigrigna and Arabic, with subtitles. 7 p.m. Sat., April 8. Regent Square Theater, 1035 S. Braddock Ave., Edgewood

EL FUTURO PERFECTO. In Nele Wohlatz’s lean drama, a young Chinese woman struggles to find a place for herself after joining her immigrant family in Argentina. She dutifully attends Spanish classes, works in a deli and strikes up a relationship with another lonely and disconnected immigrant, a young man from India. A low-key précis of how folks adjust amid our rapidly shrinking world. In Spanish and Mandarin, with subtitles. 3 p.m. Sun., April 9