That Was Dope! Showcase offers headlining gigs to open-mic favorites 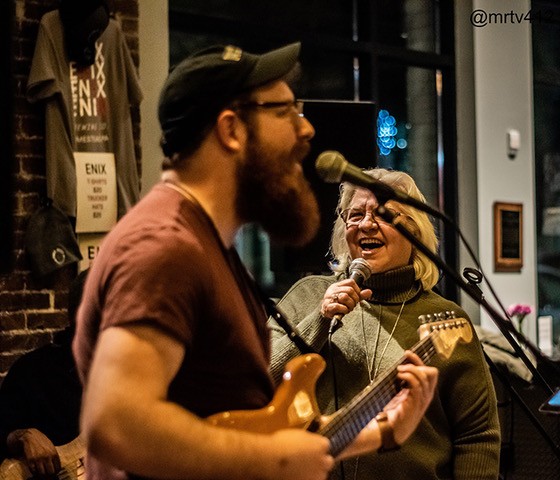 If it weren’t for the presence of local open mic sessions, the Eddan Sparks Trio wouldn’t exist. So now, the pop, soul, funk band is giving back to the music community with its That Was Dope! Showcase, a platform where those selected to perform are guaranteed a headlining gig.

Brandon Lehman, Eddan Sparks, and Benji. — the members who make up the trio — all met while attending Spirit Sessions, a monthly open mic presented by Rostrum Records and Justin Strong at Spirit in Lawrenceville. They have also performed at open mics at Hambones, Club Cafe’s Acoustic Café, and more venues in the area.

“[Open mic sessions] are performances, but they’re also community events, and they’re networking events,” says Lehman. “They draw people of different genres, backgrounds, and ethnicities, and it’s a lot more representative than some standard shows tend to be.”

Infatuated with the idea and feeling as though there needed to be more opportunities for diverse musicians to work together in different formats, Eddan Sparks Trio decided to start their own open mic/jam session. In January, the trio began hosting That Was Dope! at Enix Brewing, with themselves playing as the house band. However, That Was Dope! is not just limited to music; creatives of all types are invited to perform whether that means doing comedy, reading a poem, or even simply telling a story.

“The more we did them, the more they started to pick up and people started to come out to them, and they became a thing,” says Lehman. “We already knew how many talented folks there were in our community. What we didn’t expect was the impact it would have on spotlighting incredible new artists and helping to open up more performing opportunities in Pittsburgh.”

So Eddan Sparks Trio decided to take the open mic concept a step further by adding a showcase element. Hand-picked artists, who have been consistently attending sessions and wowing the audience, will get a full 30-minute set to perform originals, covers, or whatever they choose. As with the regular open mic, artists can perform solo, with the trio, or bring their own band.

While they were excited about the showcase aspect, the group wanted to figure out a way to take it even further. How would they reward those who get to the showcase level?

When That Was Dope! began, Kevin Saftner of James Street Promotions started talking with the team at Enix Brewing about booking other music events at the venue. Eddan Sparks Trio teamed up with Saftner and began discussing how to set up a pipeline for up-and-coming musicians to continue to prosper.

“He said ‘Anyone who gets on the showcase, have the next step be that I guarantee them a full gig at one of the other venues that I book,’” says Lehman. Along with Enix, Saftner currently books at Wolfie’s Pub, NOLA on the Square, and more. “It was a very generous offer; it will keep new musicians rotating through these places that might not otherwise have new music like that.”

“If we can build this pipeline and have a lot more people performing and feeling comfortable and supported, then that’s an important part,” says Lehman.