Both groups start with classical foundations and build out 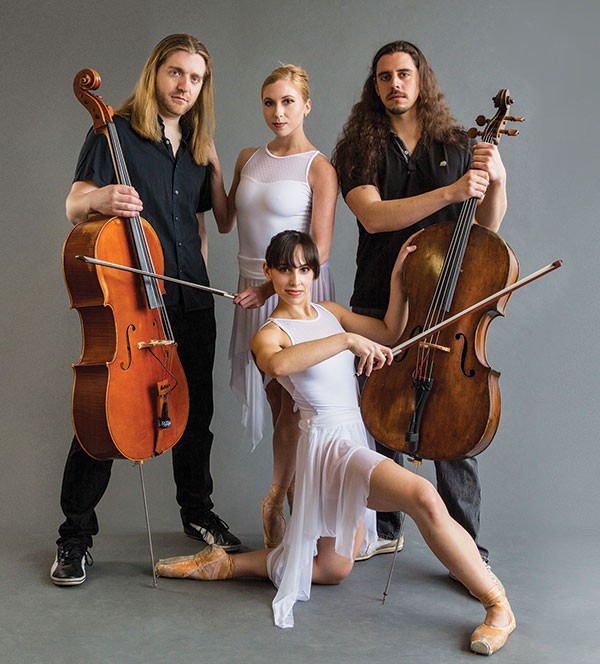 Texture artistic director Alan Obuzor sees the chamber-music group with rock ’n’ roll grit as a kindred spirit: Both groups work from classical foundations but have broadened into other areas to change the dynamic of their work.

Interfusion — with five performances, including a July 23 children’s matinee — opens with a reprise of the groups’ 2014 collaboration, “Symphony of Shadows.” Choreographed by Obuzor and Texture associate artistic director Kelsey Bartman, the ballet is set to selections from Cello Fury’s 2013 album of the same name, which the group will play live. Obuzor describes the ballet on pointe as having “the feeling of teetering out of control.”

Hip hop is a term not associated with Texture, but choreographer Gabriel Ash, founder of local hip-hop dance troupe KG Dynasty, adds that new “texture” with his first work for the company, “Release.” Meshing hip hop and contemporary dance and performed to music by Kleerup featuring Lykke Li, the piece is lyrical, says Obuzor.

Another premiere will be Obuzor’s “Unbroken,” a pas de deux he will dance with Pittsburgh Ballet Theatre’s Diana Yohe to music by composer Wim Mertens. Obuzor says that the piece is about two individuals who think much alike but cannot communicate with each other.

Bookending the program will be the premiere of Texture’s new ballet in collaboration with Cello Fury, “Ambulantes Mortem” (Walking Death). Choreographed by Bartman and Obuzor, the group work for 15 dancers in socks will be danced to six as-yet-unreleased songs by Cello Fury that the group will perform live. Contrary to its ominous title, Obuzor says the ballet is not a scene from the zombie apocalypse, but an effort to create grounded dance movement that would be markedly different from the program’s opener, “Symphony of Shadows.”