In his new book Texas Tough: The Rise of America's Prison Empire (Picador), Robert Perkinson argues that most states' penal systems are heavily influenced by Texas -- and that that's bad news.

Decades of all-out prison-building, stiffer penalties for nonviolent offenders, and an emphasis on control rather than rehabilitation has left the U.S. with the world's largest prison system, and no safer for it, says Perkinson, a professor of American studies at the University of Hawaii.

There are signs such trends are slowing. The bad news is that among the few states where they continue apace is Pennsylvania, which this year locked up about 2,200 more people than it did in 2009.

Perkinson -- who speaks at Carnegie Mellon University on Tue., Nov. 16 -- attended college in the 1980s, during the prison-building boom. "They were going up faster than Wal-Marts across the country," he says. Prison spending was outpacing expenditures on post-secondary education.

Texas Tough, however, is based not just on numbers-crunching and theories of criminology, but also on historical research and interviews with prison officials, guards and inmates.

Following the Civil War, Texas prisons were privately run and modeled on slave plantations; inmates were overwhelmingly black. That model waned in the 20th century. But in the post-civil-rights era, Perkinson says, "tough on crime" became code for racist sentiments it was no longer acceptable to voice outright. The plantation template returned.

America's penal system incarcerates 2.4 million. And its $212 billion criminal-justice system employs about as many.

"If penalties for nonviolent offenders were what they were 30 years ago, the prison population of the U.S. would drop by half," he says.

Crime has dropped in most big cities. But Perkinson says crime rates don't correlate much with incarceration rates. While New York imprisons a much smaller proportion of its population than does Texas, for instance, its crime rate has dropped even faster.

And a lockdown mentality is expensive. "Even a lot of people on the right are worried about how much this is costing," says Perkinson.

That's spurred reform efforts. But not here. "Pennsylvania is one of the only states that is continuing to see rapid rates of prison growth," says Perkinson. The fiscally strapped state spends $1.8 billion on prisons -- which doesn't include building new ones.

While Perkinson says a trend toward privately run prisons is a "corrosive influence," the bigger problem remains "our dysfunctional politics," especially the conflation of black men and criminality. Says Perkinson, "Americans can never seem to have their heads screwed on right when it comes to thinking about race." 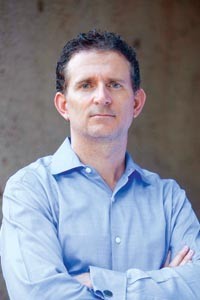