A new Japanese restaurant goes beyond sushi, offering entrees drawn from the menus of the lunch counters, train stations and family kitchens 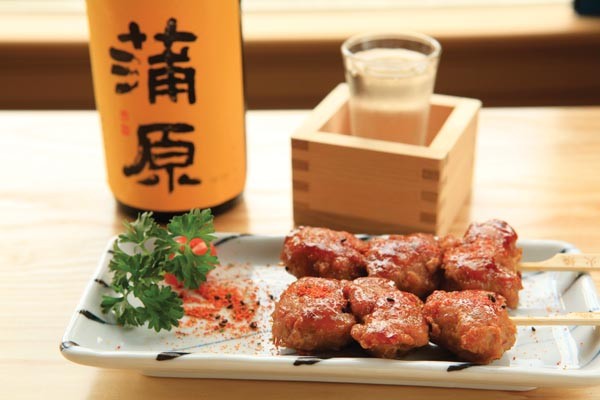 The sheer number of Japanese restaurants in Pittsburgh testifies to the surprising popularity of the phrase, "Let's go out for Japanese." Surprising, because "Japanese" is basically shorthand for sushi, and who would have thought, 20 years ago, that the meat-and-pierogies appetites of a population living far from the ocean would adapt so readily to the consumption of raw fish? Or that the people who attack dinner-size salads topped with steak and fried potatoes would also pick at tiny little dishes of seaweed with chopsticks?

But perhaps more surprising than Pittsburghers' taste for tuna tartare is that it has taken us so long to discover the rest of Japanese cuisine. Sure, we all know about sweet teriyaki sauce on beef and salmon steaks, most of us learned to boil ramen noodles in college, and some have probably tried Japan's other staple noodles, soba and udon. Then there are hibachi restaurants, which merge an authentic Japanese cooking style — the griddle — with an inauthentic theater of juggled cleavers and sizzling meat. But these do not give a full picture of Japanese cuisine any more than pasta and pizza sums up Italian. In all the derring-do surrounding eating raw fish, we have all but ignored the deserving hot, hearty fare of an island nation as rocky and rugged as Western Pennsylvania.

Into this void, steps Teppanyaki Kyoto. Kyoto, of course, is the ancient imperial capital, whose name evokes the traditional Japan of tatami mats, temples and cherry blossoms, while a teppan is a flat iron griddle, and yaki means grilled or fried. In a small, serene storefront on Highland Park's revitalizing Bryant Street, Kyoto offers something like a Japanese version of a diner. There is a counter for watching food cook at the open teppan, and a menu comprised of humble yet delicious foods drawn from the menus of the lunch counters, train stations and family kitchens of Japan.

Kimpira salad contains an ingredient as unfamiliar, if perhaps not quite as challenging, to Americans as raw fish: burdock, a long, skinny brown root that isn't exactly a delight to the eye. Nonetheless, paired with sweet shredded carrot and nutty sesame seeds, it made a well-balanced salad, with only the mildest hint of burdock's signature bitterness. Another cold salad, harusame, consisted of mung-bean thread noodles tossed with vegetables and a light, clear dressing of soy, rice vinegar, sesame and sugar; it was very refreshing. Octopus, its tentacles sliced crosswise, was not too chewy and tossed with a light, citrus dressing.

Tori no kara-age (boneless fried chicken) was a small plate of sophisticated chicken "nuggets," made from real chicken pieces instead of felted scraps. They were juicy and flavorful in their crunchy batter jackets, and paired well with an excellent appetizer of asparagus, sautéed with plenty of salt and pepper.

Onigiri — rice balls wrapped in seaweed — were as elemental as that sounds; Angelique wished they came with fillings, like the ones she used to buy for provisions on long train journeys in Japan.

This small disappointment was more than compensated for by her reunion with okonomiyaki, her favorite food when she lived in Japan, but an exceedingly rare one on American Japanese restaurant menus. Okonomiyaki are savory cabbage pancakes bound with wheat-flour batter, stuffed with meat and/or seafood, and topped with sweet sauce, mayonnaise and bonito (fish flakes). Of four regional filling mixes, Angelique chose Osaka, containing shrimp, squid and beef. The pancake was substantial, filled with crunchy cabbage and liberally studded with succulent seafood and tender beef. The toppings were on the gloppy side, but this was easy to rectify with some judicious scraping.

Another old favorite, yakisoba, was a stir-fry of thick, chewy noodles, meat and vegetables. If this sounds a bit like Chinese cooking, it is — the menu even describes the noodles as Chinese-style — but the results couldn't be farther from humdrum Chinese-American noodles. Yakisoba is typically made with pork and flavored by a sauce similar to Worcestershire, but in this version, all of the flavoring and liquids were absorbed by the noodles during cooking. Jason ordered his with scallops, which were between bay and sea in size, and cut into morsels. Though mild, the dish had many layers of flavor — a dining companion likened it to a curry in complexity — but they blended perfectly, so that no one note predominated.

A flounder filet demonstrated that raw is not the only way to enjoy fish Japanese-style. The filet was moist but firm and overlaid with a jalapeño sauce with a bite was muted so as not to overpower the fish. A final triumph was shogayaki don, a rice bowl topped with grilled ginger pork. The slices of fatty pork belly were decadently flavorful, and the gingery juices seeped down into the rice, so that even the bites without any pork were delicious.

Domo arigato — our thanks — to Kyoto Teppanyaki for bringing these wondrously satisfying, mysteriously undiscovered Japanese dishes to the table of Asian dining in Pittsburgh. Perhaps their excellence will inspire some "Let's go out for Japanese" that does not presume sushi as its centerpiece.