"It's not right, but it's all we have to work with right now." 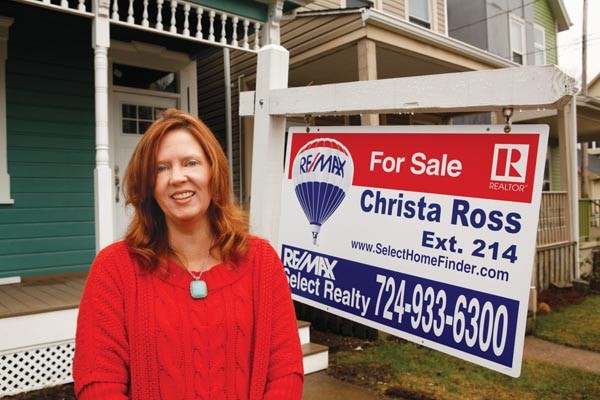 In his first week in office, Allegheny County Executive Rich Fitzgerald struck a blow in a years-old dispute over the reassessment of county property values. Defying a court order to mail out new values compiled by assessors, Fitzgerald ordered county officials to use the old values instead; city homeowners who'd already received newer values, he said, should ignore them. A week later, Judge Stanton Wettick told county employees to ignore Fitzgerald. If county workers didn't send out the new bills, he warned, they'd risk being held in contempt of court.

Two days after that. Wettick himself decided to postpone using the new values until next year.

Confused? Just imagine how a real-estate agent — or someone looking to buy or sell a home — must feel.

Home buyers "need as much information and as much certainty as they can get or they're not going to buy," says Christa Ross, a local Realtor with Re/Max. "I blame our politicians for a lot of this mess. They're playing a political game with these reassessments, and home sellers and home buyers are suffering for it."

So far, there's little sign that the pain is hurting home values: According to RealStats, a South Side company that tracks regional real-estate statistics, home sales have increased. The Pittsburgh region saw housing sales increase by 4.6 percent in January over 2011 numbers, marking the third straight month of improvement. Specifically in Allegheny County, West Penn Multilist, which lists homes for sale in the region, reported home sales compared to the previous year were up 12 percent in December and 19 percent in January.

"Our real-estate market here has remained strong and stable," says Shirley Boyd McNamara, president of the Realtors Association of Metropolitan Pittsburgh (RAMP). "But the reassessments are confusing to the public."

What's more, the reassessment fight, which arguably began with a fight over an earlier, abortive reassessment in 2005, might not be over.

"The main problem we're facing is that nobody knows what the future is going to bring," says Ross. "What do you tell someone who wants to buy a house, but is faced with a potential tax increase that they probably can't afford?"

Fitzgerald had an answer when City Paper asked him that very question recently. Like his predecessor, Dan Onorato, Fitzgerald argues that no county should have to reassess until all counties have to. Doing otherwise, he says, is unfair to Allegheny County residents.

In the meantime, he says, "I would go ahead and buy that home. Because you have a county executive who says he's not going to reassess unless all of the other counties have to reassess, and he's going to stick to that promise."

But with the valuations already circulating, real-estate professionals say, that's not an easy sell.

That's an increase of more than fourfold, and if city tax rates didn't change, the new owner could be paying taxes of as much as $5,000 a year. But it's a virtual certainty that rates will change: State law prohibits municipalities and school districts from getting a "windfall" from reassessments, so any overall increase in values must be offset by cuts in the rate.

The problem is that no one knows yet what the new rate will be. Many municipalities haven't received the new values, and those that have won't set new rates until they see how many property owners successfully appeal the new values. In the meantime, says Ross, when the subject of taxes comes up, "I tell buyers, ‘We just don't know, so you have to use the worst-case scenario in your buying decision. Can you handle a potential $300 to $400 extra a month in your mortgage payment?'

"It's not right, but it's all we have to work with right now."

"What this process is doing is hurting the home buyer who now is going to have to maybe settle for a little less home because of the uncertainty of the property-tax rates," says Susie Holmes, a real-estate agent with Northwood Realty. "It's making it difficult to move certain properties."

Fitzgerald and Onorato have both argued that unless reassessments take place in every county, Allegheny County will be at a disadvantage. Neighboring counties have gone years, even decades, without a revaluation; Butler County's last assessment, for example, was in 1969.

But real-estate agents — who you might expect to be the most sympathetic to such concerns — don't always share them.

Ross agrees that having regular reassessments statewide would be the best option. But she says Allegheny County shouldn't be fighting this battle on its own.

"We cannot continue to operate based on 2002 assessments," says Ross, who advocates for more frequent assessments. "If you live in a neighborhood that is depreciating, then you should pay taxes based on [the lower values]. And you shouldn't have to wait 10 years to find that out."

Holmes, whose territory includes the North Hills and southern Butler County, says Allegheny County is losing residents to nearby counties:  "I have definitely had people choose Butler County because of the taxes," she says.

But, she says, that's simply because the overall cost of government is cheaper up north. "You can't blame that on the reassessments."

"Butler County's taxes are lower than Allegheny's because Butler County's taxes are lower than Allegheny's," says Briem simply. It's the cost of services that determines an overall tax bill, he says. If property values are older — and lower — than they should be, he says, that will just drive tax rates higher. "If Butler County decided to reassess based on throwing darts, would their public-sector costs and school-district costs change? I kind of doubt it."

If anything, Briem says, the county's sandbagging may be making things worse. "I think a real issue is that the assessment has been fought for so long, and the issue is so confused, that the sheer uncertainty is hurting market values," he says. The longer the process is delayed, he says, the more would-be buyers have to worry about an unpleasant surprise down the road. "Would you be willing to pay fair value for a property [without] knowing what the assessment will be at some point in the future?"

"We need to get through this process and move on as quickly as possible," says Ross. "Because [uncertainty] is what's going to hurt the strength of our housing market."

In the meantime, real-estate professionals are trying to clear up the confusion surrounding reassessments.

"The fact is, it's generally a good time to buy a home," Ross says: For one thing, she notes, the economic downturn has resulted in mortgage rates that are near historic lows. But, she says, "The most important thing is for the buyer to be comfortable in their decision. Hopefully, the county can solve this reassessment issue so home buyers can get the best, concrete information to make their decisions."

Until it does so, the private sector is stepping up.

RAMP has compiled a reassessment toolbox and a "fact or fiction" page on its website, www.realtorspgh.com. It offers a list of dates for appeals and offers links to other helpful sites, like how to apply for appeal assistance from the city. Between Jan. 20 and Feb. 14, says McNamara, more than 1,000 people logged on.

Northwood Realty, meanwhile, allows users, free of charge, to search for comparable properties in their neighborhood and how much they've recently sold for, at www.northwood.com. That information can help them with not only their home-buying decision, but also their property-tax appeal.

"A lot of times people need information but they don't know where to turn," says Holmes. "A lot of folks don't feel comfortable calling an agent, they just want the information.

"Unfortunately, because we don't know what the future will bring, we have to be prepared for the worst," she adds. "Which is still better than being surprised after you've already made this huge purchase."