For decades, Japanese restaurants came in two flavors: sushi bars and teppanyaki-style steakhouses, in which knife-wielding chefs mix tabletop grilling with juggling and other aerial stunts involving utensils and ingredients. Both styles of restaurant have their appeal, but have contributed to a narrow, stereotyped American view of Japanese cuisine.

So we’re thrilled that the izakaya concept has come to Pittsburgh. Not only that, but it’s proliferating. Somewhere between a bar and a tapas house, izakayas are focused on sake, much as taverns are focused on beer, and serve a variety of hot dishes to be consumed alongside. Sushi or sashimi are sometimes available, too. But as winter approaches, it’s the hot sake, warm food and cozy, lantern-lit ambience of the izakaya that amplify its appeal.

Marking our fair city’s third version of this Japanese-style tavern is Tan Izakaya, opened by Everyday Noodles owner Mike Chen in a former pizza place in Shadyside. Narrow and deep, it’s flooded with light during the day through the glass garage doors at its storefront, but wonderfully dim and cozy at night, brightened with colorful sake bottles and red lanterns. The menu covers a lot of ground, especially as concerns yakitori, small skewers offered in more than a dozen styles. Those hungry for more of a meal than a snack can order ramen or donburi, rice bowls topped with meats and vegetables. Sushi is by Mike Lin, who’s helped open a number of local restaurants over the years.

For what could be merely a sake bar with snacks, Tan Izakaya’s presentations are top-notch. We ordered multiple skewers, and they arrived stuck into a fat disk of yam with a candle in the middle to keeping them warm. Other dishes were carefully arrayed on platters. A standout, in every sense, was the magnolia-leaf beef, in which sliced meat and shallots, wrapped in a platter-size leaf, were served atop a piping-hot slab of stone upon a heatproof bed of salt. The sauce sizzled as the heat helped conduct a floral, yet slightly bitter, flavor from the leaf to the meat, which remained hot to the end. This was an extraordinary dish, and even a simpler presentation wouldn’t diminish its power to tantalize.

Sprinkling shaved bonito flakes atop hot food is a classic Japanese move: The heat makes the slivers dance hypnotically. Here, they wiggled on tempura-fried Brussels sprouts, which were light, crispy and heavily addictive. The sprouts were wisely sliced, so that no given morsel was too big, but the crust was so airy that it didn’t feel like one of those deep-fried dishes where the vegetable got lost in the batter. A drizzle of aioli-esque, savory-sweet sauce and the briny bonito rounded out a superb flavor profile.

Sushi, too, was excellent. Sushi offered as an adjunct to cooked food is often merely a sop, presented in over-elaborate combinations that obscure the elemental ingredients, but here even simple avocado and salmon rolls were exemplary, the avocado smooth and perfectly ripe, the salmon silken and rich.

We also had salmon as ceviche, served in broad slices on the sides of a conical dish holding minced vegetables and a tangy, citrusy soy sauce. We rolled the salmon around the veggies, and the flavors melded wonderfully. Spicy octopus salad was another hit. Slender slices of tender tentacle and crunchy daikon radish came in a light, astringent dressing that wasn’t spicy on its own, but dipping in the sriracha drizzled around the edge of the plate could make it so.

Our array of yakitori skewers was a bit hit or miss. Quail egg and bacon, with the meat wrapping a tiny hard-boiled egg, was delightful, like a miniature, bite-sized breakfast. Okra took surprisingly well to dry heat. But chicken gizzard and heart were chewy without a lot of flavor to compensate, and lamb was also frankly disappointing, bland and a little tough, with no apparent seasoning at all.

After all this, we hardly needed entrees, but the seafood ramen and pork donburi we’d ordered arrived nonetheless. The ramen came in a deep-brown miso-wine broth, richly studded with scallops, tempura shrimp and snow crab, and flavored, pho-like, with jalapeño, cilantro and scallion; it was delicious. The donburi, like some of the yakitori, could have used more seasoning. The pork cutlet was excellently prepared, moist and succulent with a crispy panko crust, but a little salt would have boosted its flavor.

As the local dining scene has split into upscale, high-concept places at one end and gastropubs, most virtually indistinguishable from sports bars, at the other, leave it to the Japanese to show us the middle way. Tan Izakaya is a place that’s perfect for after-work drinks as well. 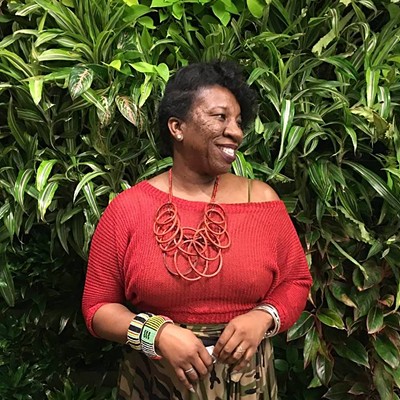