CP photo: Amanda Waltz
Birds Eye Meatless Be'f Lasagna
Over the course of working various office jobs, I've had my fair share of pre-packaged, frozen meals able to be eaten quickly at a desk or in a break room. In my meat-eating days, I'd grab some Lean Cuisine “healthy” entree, kidding myself into thinking they were a better alternative to fast food, ignoring that the microwaved salmon orzo or grilled chicken came with a truckload of sodium and few actual nutrients.

As a trash vegetarian, the allure of quick and easy frozen microwave meals still remains, despite my better judgment. So when a box of Birds Eye Meatless Be'f Lasagna caught my eye during a stroll down the freezer section, I had to have it.

While there are loyal meatless frozen food brands, including the patties of Morningstar and Boca, bigger names have been slow to adopt what's now being called plant-based meat alternatives. With the success of Burger King's Impossible Whopper and other mainstream experiments, that is beginning to change.

This is where Be'f comes in. The confusingly named plant-based meat substitute (whether it's pronounced “Biff” or “Bevf” is up for debate) has been appearing in a number of products made by Conagra, a mega-corporation that owns Gardein, the brand under which Be'f is made. Besides Birds Eye, Be'f – also known as Gardein Beefless Crumble – has been spotted in frozen dinners by Marie Callander's and Healthy Choice, two other Conagra brands.

But why Be'f? It appears some companies are trying to avoid the ire of the dairy or beef industries as the fight rages over how to define vegetarian or vegan products. Over the past few years, dairy producers have urged the FDA to forbid calling anything non-cow produced “milk,” meaning that someday you could be drinking Soy Juice. Why risk a potential battle when you could invent a weird name for your new plant-based protein product?

But what does Be'f – which, according to the Birds Eye website, is made from “soy protein concentrate” – taste like? In this case, it's hard to tell.

CP photo: Amanda Waltz
My sloppy Be'f boy
Like with all microwave dinners, my tiny frozen portion came out looking less than appetizing. Removing the cling film revealed a steaming pile of mush, the color of which Pantone would probably call “You've Shamed Your Italian Grandma Red.” The pool of white cheese on top was soupy, and the sauce was off-puttingly sweet, reminding me of how parents add sugar to pasta sauce so that their picky kids will eat it. (My mom did this, and because I never requested or liked it, I think it was definitely more for her than me.) To offset the sweetness, I added a generous portion of pepper flakes, because 5-plus spice levels rule everything around me.

The noodles that weren't burnt to the bottom of the container did retain some firmness, which I found surprising considering the overall quality. Also surprising is that the noodles are made from a combination of lentil flour and zucchini, adding, somewhat, to the veggie-ness of the meal.

As for the Be'f, I could detect something resembling the texture and taste of ground beef, but there was very little present, and any flavor it might have had was overwhelmed by the sugary tomato sauce.

As for nutritional content, the Birds Eye Meatless Be'f Lasagna clocks in at 340 calories (which, considering the tiny portion, is definitely not worth it), 10 grams of fat, 1270 mg of sodium, and 12 grams of sugar. On the plus side, it contains enough carbs (41 grams) and protein (24 grams) to get you through a workout.

While the lasagna and its other Be'f-y frozen counterparts might make for a tempting quick lunch fix, you're probably better off buying a bag of beefless crumbles and making your own vegetarian or vegan lasagna. Based on experience, it'll be cheaper, better tasting, and make for some nice leftovers. 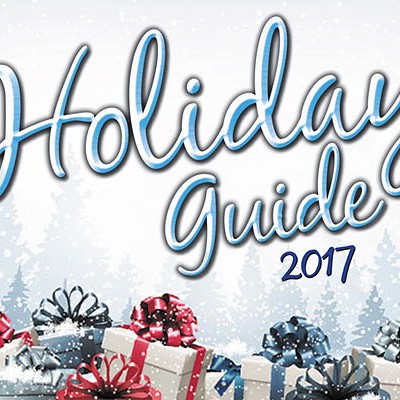