They each cost $1, and they each expire on April fool’s day

For the first edition of Talkin' Snack, I thought there would be no better place to start than a home-cooked meal. By home, I mean office; and by cooked, I mean from the vending machine. Every vending machine has the same staples: chips, pretzels, cheese crackers, snack mix, candy bars, Pop-Tarts. Maybe gum if you're lucky. But there's also always the mysterious row of pastries. They must have an audience if they exist and get refilled, but a pastry sitting in a stale snack jail is no one's first choice. It's the thing you get when all the other snacks around it have been completely emptied out.

Our office vending machine has a row of four pastries: powdered sugar mini donuts, cherry cheese danish, glazed donut sticks, and a honey bun. It's a pretty bleak lineup, but a snack can always surprise you.

These don't though. They taste about exactly like you'd expect from a brand called Mrs. Freshley's (except for the honey bun, which is made by Cloverhill). They each cost $1, and they each expire on April fool’s day.

4. The glazed donut sticks seemed the most promising — a standard treat that would be hard to mess up. But the "donut" was stupidly sweet with that gummy cake texture and stale taste packaged donuts have, because they have some mystery ingredients fresh donuts don't. The glaze on the outside was crunchy in an unsettling way.

3. Has anyone ever specifically asked for a powdered sugar mini donut? Or do they just show up at an elementary school class party uninvited? These little buggers also have a dense texture, like inside of a stuffed animal. They taste only like powdered sugar, which is not a flavor but does stick to your fingers in a way that looks criminal.

2. The cherry cheese danish came in second place, but not because it tastes better than the others. It just doesn’t taste worse (or does it?) I thought this might be slightly more savory than the others, due to the cheese, however there is no evidence of cheese product in the danish. Only a blood red streak of “cherry” “jelly.” The texture is not bad though, and unlike its dry siblings, the pastry is moist.

1. Despite several coworkers saying it looked like a massive turd, the jumbo honey bun comes in first place. I've never seen a honey bun exist outside of the packaged snack world, so I'm not sure what the texture is supposed to be, but this one was the more donut-like than the actual donuts. It was fluffy and not too sweet. At 4.75 ounces, it is also the best bang for your buck (the other snacks are 3-4 ounces).

Have a snack suggestion or tip? Email hlynn@pghcitypaper.com 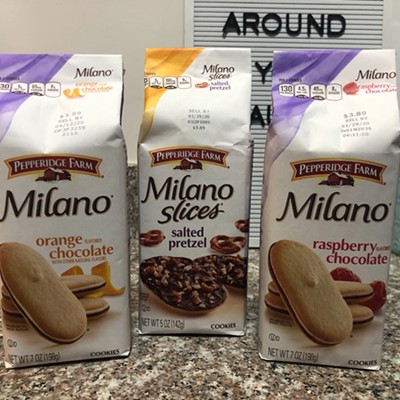 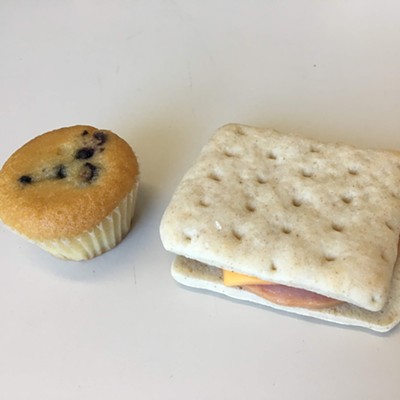 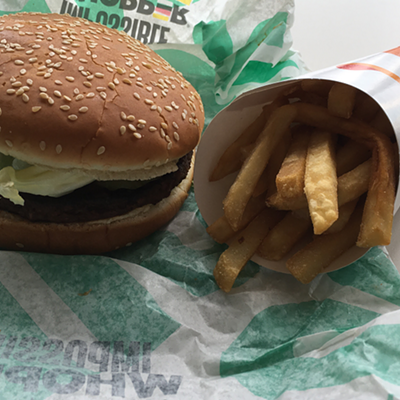 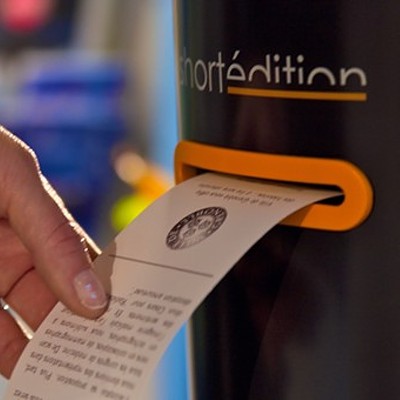