Tables on the Green

Surprise on the links: A golf-course restaurant delivers refined Cajun and Creole cuisine 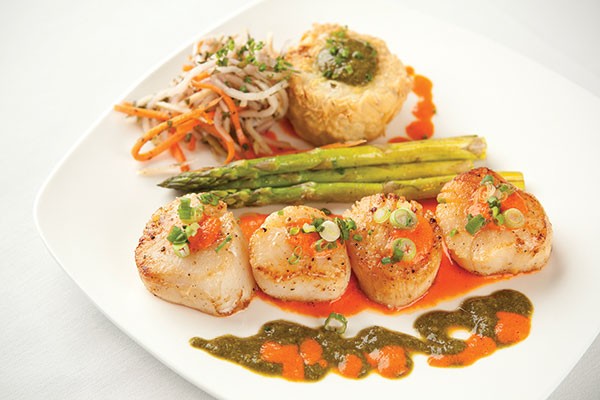 As a general rule, the farther one gets from the bustling metropolis — spiced as it is with immigrant traditions, emerging trends and innovative experiments — the narrower and more predictable one's restaurant choices get. Suburban country clubs have a reputation for serving some of the most conservative fare of all.

Of course, every rule has its exceptions, and we found a delicious one on a golf course in Natrona Heights. Tables on the Green occupies the baronial brick clubhouse of the former Brackenridge Heights Country Club, now renamed the Brackenridge Heights Golf Course. Its spacious dining rooms have picture windows overlooking the manicured emerald expanse of the green, where you can watch bunnies gambol adorably while you dine, while paintings of the Big Easy on the walls underscore the menu's theme: "New Orleans Cuisine with a Pittsburgh Flair."

We must admit that at first, we were skeptical. After all, "Pittsburgh Flair" is so often code for creative pierogie fillings and all manner of ingredients that should never be mixed with French fries and piled atop salad.

Fortunately, executive chef and New Orleans native Chad Radecker is better than that. From straight-up bayou classics like blackened Gulf shrimp with Creole butter to elegant takes on local standards like seared hanger steak with truffle frites, Radecker serves sophisticated versions of favorite dishes from Louisiana and Pittsburgh with straightforward confidence. A couple of Italian pasta entrees even acknowledge Pittsburghers' fondness for this cuisine. But the emphasis is on the Cajun and Creole, and on the assumption that that's what Radecker does best, that's what we ate.

We started with shrimp and stone-ground grits. The grits' coarse grind formed a rustic counterpoint to the shrimp, which were big and succulent but still refined. Angelique appreciated the kitchen's consideration in removing the shrimps' tails before serving them, sparing her the choice between greasing her fingers or botching the job with her knife and fork. We wished only for a little more Louisiana hot sauce to kick the subtle spicing up a notch. 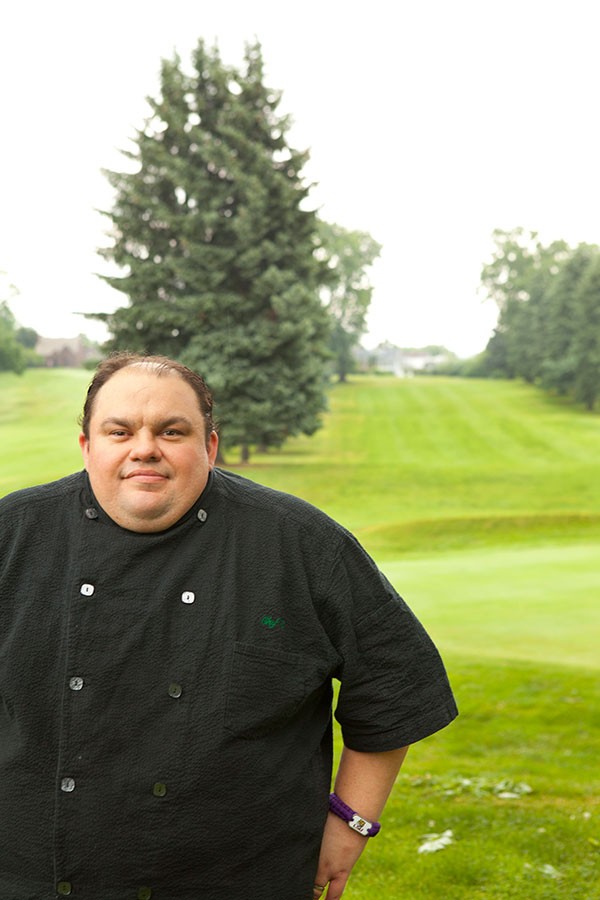 Fried green tomatoes were firm and sweet-tart within their crunchy, lightly seasoned coatings, but it was the crawfish cream that took this dish from good to great. Finely minced crawfish, peppers and aromatic herbs enriched the silky sauce with flavor notes from savory to sweet in every bite. Gumbo, too, was outstanding: thick, richly flavored with chicken, sausage and vegetables, and spiced assertively enough to make our taste buds tingle.

Zydeco crab cakes packed lump crab together with corn and andouille sausage and coated it with crispy panko. Such extensive fillings can threaten the essential character of crab cakes, but these were remarkably light and tender, even as the flavors were bold and perfectly in harmony. Tarragon-mustard cream added pungent top notes, while mirliton slaw, made from capellini-fine threads of chayote and carrot, offered a suitably fresh, bright counterbalance.

Pecan-crusted red fish with Creole meuniere sauce was an inspired variation on the French tradition of sole meuniere — fish sautéed in a lemony browned-butter sauce — and its Creole cousin, trout amandine, in which the fish is crusted in almonds and served with meuniere sauce. Red fish, a member of the snapper family, is another mild white fish, slightly steakier than sole or trout, and its pecan coating gave it a robust, meaty crunch. It held up well under a modified meuniere sauce that was more like a gravy and chockfull of juicy minced onion.

Seared pork tenderloin and a duck breast special bore surprising resemblances to each other. Each featured rosy pink meat of extraordinary tenderness and depth of flavor, bearing out the important distinction between "mild" and "bland." Wedges of poached peach highlighted the duck's sauce, while the pork held its own in a sweet bourbon barbecue glaze. The pork was marvelously accompanied by chipotle grits, a little creamier than what accompanied the shrimp. Full of the pepper's signature smoky flavor, these grits were among the highlights of a superb meal.